Kofi Annan, who died aged 80 on Saturday morning, 18th August 2018, in Bern after a short illness, was a great friend of Pictet and in particular of the Prix Pictet.

After ten years as the 7th Secretary-General of the United Nations, he settled in the Geneva region to concentrate on humanitarian causes through the work of the Kofi Annan Foundation. It was during these years that he formed a close friendship with members of the Pictet family.

Kofi Annan, who was awarded the Nobel Peace Prize in 2001 for his work with the UN, was for several years a regular speaker at Pictet client events. His contributions were invariably received enthusiastically, and marked by a natural gravitas and charisma. 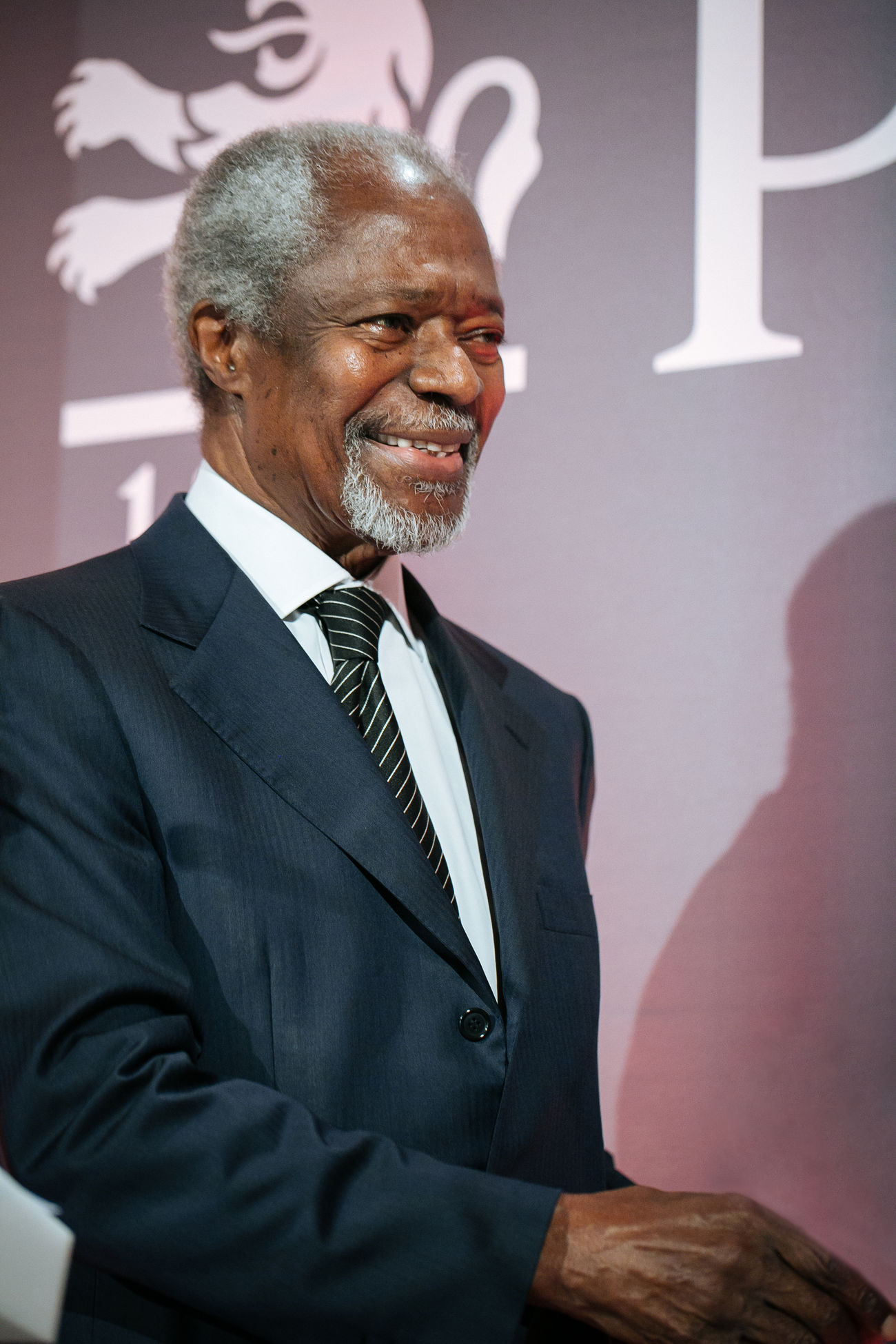 Kofi Annan at the award ceremony of Prix Pictet “Disorder” in Paris, 12 November 2015

But perhaps we knew him best in his role as Honorary President of the Prix Pictet, a post he graciously agreed to perform on the inception of the prize in 2008 and continued until the present.

His role seemed modest, yet his contribution was huge. Indeed it may be said that the Prix Pictet immediately established global status by the fact that he lent us his name. It suited him perfectly too, since global sustainable development (along with security and peace) was one of the three principal aims of his foundation. He had, moreover, a deeply-held belief in the power of photography to illuminate the great challenge of achieving a sustainable existence.

With each cycle of the prize, Kofi Annan would arrive to announce the winner of the prize and present the award—a task he performed for six of the seven cycles to date. He spoke with an authority that left a mark on all of us who were fortunate enough to be present. He missed only one award ceremony in 2012, after he had accepted a role as UN envoy to Syria.

As a statesman Kofi Annan’s contribution to global peace and security are unparalleled. We are immensely grateful that he felt able to devote a part of his time to the Prix Pictet, despite his other extensive international interests. We will sorely miss his guidance, his wisdom and his generosity of spirit. He is irreplaceable.