“In the final interview I told them, I don't think I fit in, I think differently from you guys. ‘That's exactly why we want you’ came the reply.” 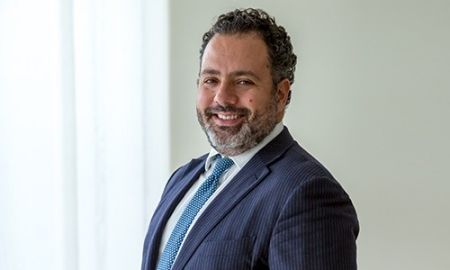 Tell us about your home life

I'm surrounded by creative people. My wife has her own fashion brand-Paola Rodriguez, my father's an architect, my mother a lawyer and my sister's an artist. I’m the exception. I’m a numbers guy.

How did you arrive at Pictet?

When I came in 2011 I was an outsider, far from a typical hire. In my interviews, whenever I said something, people disagreed. In the final interview I told them, I don't think I fit in, I think differently from you guys. ‘That's exactly why we want you’ came the reply. I was given a blank page to create a process and build a global bond business for Pictet.

Can you predict the market?

We don't believe in forecasting, so we concentrate on long term structural themes that we think will influence the market. Also for me, technicals are voodoo. A technical guy will stare at the screen and hope the charts will tell him what happens next. You need to focus on valuations.

Currently, our themes are, first, rates will stay low for longer; second, that Abenomics stays in place; third, the Euro crisis persists; and fourth, the Chinese transition from export-led to domestic growth continues. We're considering whether to add a fifth: the rise of populism and the end of globalisation.

We look for value within these long term structural themes and aim to build robust portfolios.

How do you see the mid-term future?

There will be more shocks in Europe. The EU doesn't have a transfer mechanism and no efficient banking union to recapitalize Italian banks. There's the French presidential election coming up, the Dutch election... the Eurozone was constructed at the end of the 80s and now the idea of a common market is being challenged, as is the idea of globalisation. Populism is spreading.

Do you rely on instinct or hard evidence?

I lost sleep many times because of the markets. When something is wrong, I feel it in my gut, no, in my back, here, and here. I feel, 'we need to do something!' It's a contrarian instinct, and now it's embedded in our process. I used to think my instinct was wrong - why do I want to buy when the market’s down?

But you learn from experience. It's the most underrated commodity. My favourite motto is Mike Tyson's: everyone has a plan until they're punched in the mouth.