Getting London’s fund managers, analysts and sales people from one exotic place to another

“My father is Italian, but I have German, Scottish, English, Danish ancestry, you name it.”

Role: Head of Travel, responsible for booking flights and finding efficient ways of getting Pictet’s London-based managers around the world
Based in: London
Home country: South Africa/Italy
Hobbies: cycling and windsurfing
Joined Pictet in: 2003 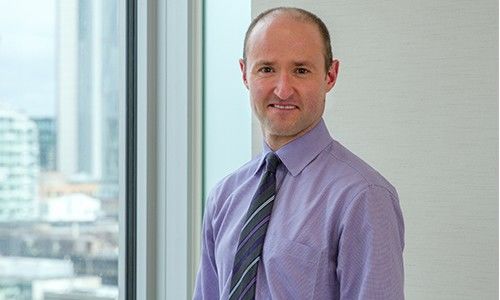 A typical day in the life of Head of Travel?

“I had one of our colleagues in Lagos the other day — he ran into a road block on the way to the airport. He’s a senior credit analyst and he was held up by some shady characters… I wouldn’t go there if I were you. We’d have to take out kidnap insurance.”

Tell us about your worst travel experience.

“I was detained at immigration in Geneva. They thought my passport was false and held me in a cell overnight. Next morning I was escorted by police to the plane — seat 1A on an easyJet flight to Gatwick.” Back in England five immigration officers were waiting to interrogate him. “They called my brother and my father in Johannesburg. I couldn’t go to work.” Fortunately Pictet found him an immigration lawyer. The next day came a shamefaced call from the UK authorities. “There’s been a big mistake, they said — although it was really on the Swiss side!”

Is it because he’s a South African living in London on an Italian passport? “Could be. My father’s Italian, but I have German, Scottish, English, Danish ancestry, you name it.” The Burbantes come from the Trentino, “but it may be a French name originally,” he adds.

Which travel apps can you recommend?

Skyscanner for flights – it’s great. For hotels I always go to Booking.com because they show average ratings out of 10.  We’d be happy with a hotel or a restaurant with a rating above 8.” What about the notorious Tripadvisor, with its supposedly fake reviews? “I don’t really use it because their map function isn’t as good.” He always tries to find a hotel which is convenient for the locations of meetings.

What do you like best about working at Pictet?

“It’s the people,” he says, “the atmosphere is quite relaxed. It’s not that people don’t work hard, it’s just that people treat each other with respect and allow each other to take responsibility for their decisions and actions.”

And in your spare time?

“I like windsurfing and cycling. Not skiing — I’m not great with the cold stuff.” He used to do a lot of cycling in South Africa. “Funnily enough, I’m better at going up hills than down. I’ve got a racer and a mountain bike.”