We don’t know how long we can live. We must do what we want to do

“I was living in a company dorm in Niigata, knocking on doors trying to sell Japanese stocks every day.” 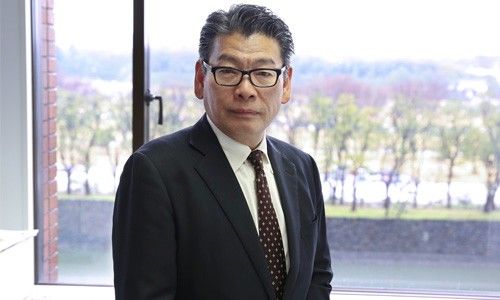 Tell us about working in Japan.

Japan is an isolated country. Only we speak Japanese. We are surrounded by sea. We work with each other very well but it's harder to connect with other countries. I think Pictet understands Japan very well, though, and I'm very optimistic - about the stock market, about the economy and about business for Pictet.

What about your early days in asset management?

I had switched from buy to sell-side and back again several times since 1987, when I joined a securities firm just before Black Monday in October. I was living in a company dorm in Niigata, knocking on doors trying to sell Japanese stocks every day. I did that for five years. It was tough.

I joined JPMorgan, again selling Japanese equities, before being headhunted to build a mutual fund distribution network among Japanese banks. There was a huge expansion until the Lehman shock. Then they cut back heavily. My team of 12 was reduced to 3 or 4 people in three waves. I took responsibility and had to leave, but really I think it was the result of poor strategy higher up. It seemed unfair.

Hagino-san, president & CEO of Pictet Asset Management in Japan persuaded me to join Pictet. We already knew each other and had met on industry panels. We have good respect for each other. After many meetings, we agreed to work together. Now I’ve been here for 7 years.

What is your life changing moment?

Like everyone living here, the March 2011 tsunami and its aftermath was a defining moment. It was really scary. Normally the shaking lasts for one to ten seconds. This time it went on and kept getting bigger and wider. I just stayed in my seat. There was nothing else to do. I thought hard about my life after that. We don't know how long we can live. We must do what we want to do.

Globally the financial environment is getting tougher, but here we've already had that for ten to fifteen years. Now asset prices are improving, and we have the Olympics to look forward to. I believe there's a fundamental change for the better in the outlook of the younger generation.