“Lasers containing diamonds can produce a very intense, almost perfect beam of light with extremely low divergence as it reaches out.”

The reason for developing the lab-grown diamonds was a search for ultra-pure stones that could enhance the power of energy transmission using lasers. Diamonds have extraordinary properties: they are the best conductors of heat, which means they can create intense laser beams without overheating. Research scientist Pascal Gallo and Professor Eli Kapon of the Swiss Federal Institute of Technology (EPFL) found that using diamonds in lasers broke the world record for laser energy transmission. 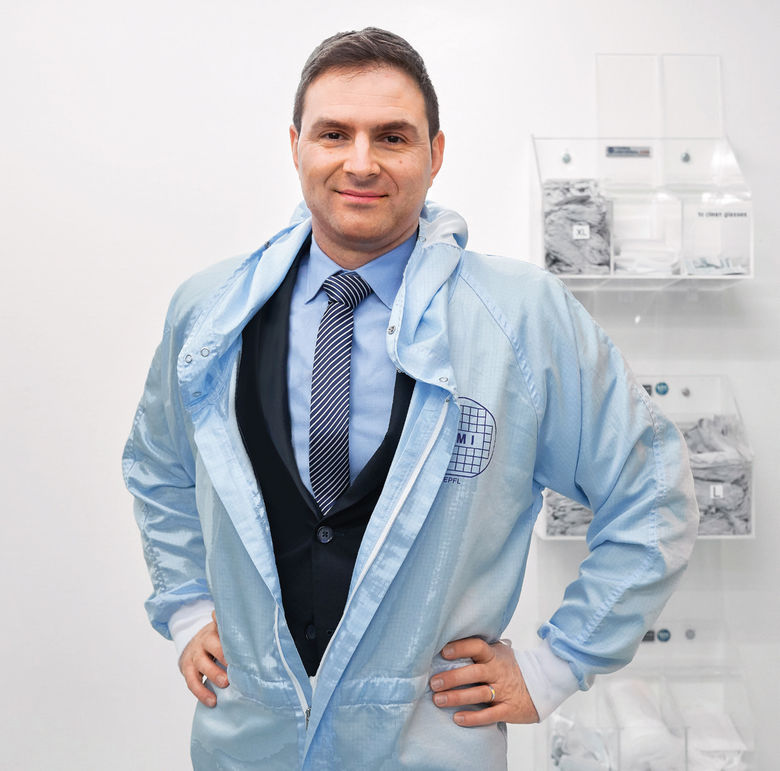 “We needed very pure diamonds to achieve our aim, and with no reliable source in nature or on the market, we decided to create our own diamonds.”

The two colleagues patented their discovery and wanted to start up a business using diamonds to produce laser beams capable of powering drones remotely. But they needed very pure diamonds to achieve that aim, and with no reliable source in nature or on the market, decided to create their own. It took five years of research funded by public bodies in Switzerland and elsewhere in Europe to develop what was needed to make the business viable, and LakeDiamond was launched in 2015.

The key was a new technique for creating diamonds. Since the 1950s, synthetic diamonds have been made by replicating the high pressure and high temperature that convert graphite into diamonds naturally. But the quality of the stones made in this way is not controlled, and they have too many impurities for high-quality uses.

LakeDiamond’s stones are grown in a vacuum using a process called Chemical Vapour Deposition. A small piece of diamond is put in a specially designed reactor to seed the growth, and carbon atoms are deposited on its surface in a crystalline pattern at a rate of 10 microns an hour, which takes five days (100 hours) to add 1 millimetre. The purity of the diamonds is ensured by the vacuum – nothing apart from carbon is deposited.

‘We designed and developed the reactors, and we can also manufacture them,’ says Pascal Gallo, LakeDiamond’s CEO. ‘But we do not sell them, even though there are requests to buy the reactors almost every week. We prefer to make the diamonds ourselves so we can develop products that use them.’ 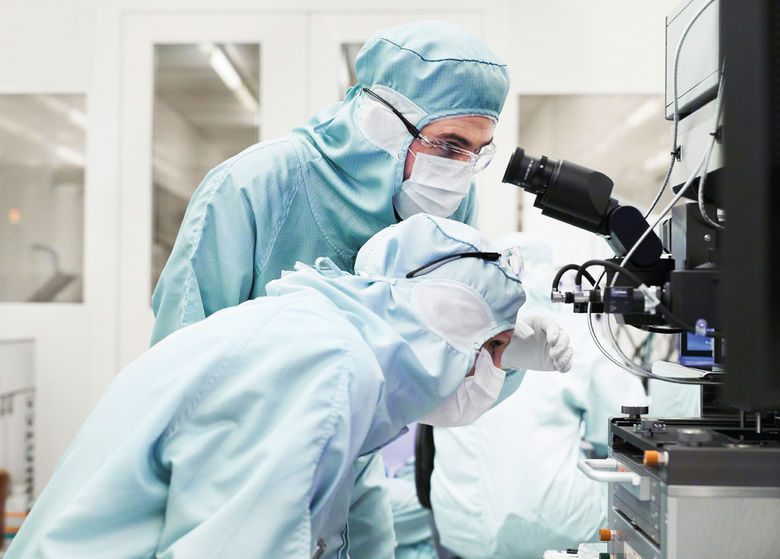 The key was a new technique for creating diamonds. LakeDiamond’s stones are grown in a vacuum using a process called Chemical Vapor Deposition. A small piece of diamond is put in a specially designed reactor to seed the growth, and carbon atoms are deposited on its surface in a crystalline pattern at a rate of 10 microns an hour which takes five days (100 hours) to add 1 millimetre.

Used in lasers, the company’s diamonds can produce really pure beams that are more powerful than the sun and can transmit up to 1,000 times more energy per square metre. Projecting a diamond-powered laser beam at photovoltaic cells on drones can power them enough to fly them remotely, while reducing the size of the batteries needed to operate them now. Those batteries currently account for up to 70 per cent of a drone’s weight, which limits the duration of flights with the need to frequently recharge them.

‘Lasers containing diamonds can produce a very intense, almost perfect beam of light with extremely low divergence as it reaches out,’ says Pascal Gallo. ‘This dramatically extends the flight time, but is harmless to humans who look into the beam or stand in front of it. The drone industry is interested, and we are already working with a major manufacturer to develop the tracking system needed to follow the drones while beaming the energy.’

In January 2019, the company signed a global partnership agreement with TAQA, an international energy company listed in Abu Dhabi, to distribute energy via lasers powered by its lab-grown diamonds.

Pascal Gallo’s interest in stones dates from childhood, when his grandfather was a mine prospector in Africa. He developed a deep passion for crystals and precious stones, and after majoring in physics at an engineering college in Toulouse went on to take a doctorate in crystal growth, which investigated the properties of ultra-pure crystals. He then joined Prof. Kapon’s group at EPFL to continue his research in applied fields such as lasers.

“The drone industry is interested, and we are already working with a major manufacturer to develop the tracking system needed to follow the drones while beaming the energy.”

The first products that will be produced by LakeDiamond, however, are micro-mechanical components with unprecedented accuracy, which have been devised in partnership with another EPFL research group. These are particularly useful for various applications, including in the high-end Swiss watch-manufacturing industry, where the company is making a full set of components for a mechanism based on diamonds.

‘Diamonds are very hard, but – perhaps counterintuitively – they are also a very elastic material. The combination of hardness and elasticity makes excellent springs, which improve accuracy and store more energy. Diamonds also have low friction in contact between them, sliding over each other almost perfectly and requiring no lubricant. The components are not cheaper, but last longer with no need for servicing every few years.

“Other promising sectors for LakeDiamond stones include high-power diamond-based transistors, which are much smaller, more efficient and offer dramatically improved performance.”

LakeDiamond is also developing jewellery products and has formed a joint venture with a market leader who believes that the price of natural diamonds and grown diamonds will converge. The US Federal Trade Commission has already ruled that grown diamonds should not be called synthetic because they are grown from natural materials. This is a big step forward for the company, particularly in marketing to millennials, young people born between 1981 and 1996, who care about environmentally responsible consumption and are prepared to pay for natural products.

Other promising sectors for LakeDiamond stones include high-power diamond-based transistors, which are much smaller, more efficient and offer dramatically improved performance. They are particularly useful for rapid battery-charging applications that require power of more than 20 kilowatts and could find a role in manufacturing electric cars. A first prototype is under development, with plans to bring them to market by 2020.

Another sector of interest is bio-sensing, which uses devices like magnetometers that can measure very weak magnetic fields to sense heart and brain activity. They are very expensive and complex to operate widely in medical centres, since they work only at cryogenic temperatures, but diamond-based magnetometers have comparable accuracy and are simple to operate since they can be used at room temperature. This is another collaborative project with EPFL for LakeDiamond – one of several searching for opportunities to diversify uses of the stones.

“Swiss technology brands have a great reputation internationally – their quality has a very positive image around the world.”

All the company’s diamonds are currently grown in just two prototype reactors. But with so many opportunities to explore, LakeDiamond is seeking to raise CHF60 million for constructing 50 commercially operational reactors to increase its output. Rather than offering shares in the company through an IPO, it is using the innovative approach of an Initial Coin Offering (ICO), which sells investors cryptocurrency tokens through a blockchain ledger. Each token costs 55 cents and buys one minute of production on the reactors.

After the ICO, the value of the tokens will fluctuate depending on demand for the diamonds, the purity required and the performance of the reactors. The low minimum investment is much less than the minimum needed for most IPOs and is therefore attractive to a greater range of investors. After launching the ICO in late 2018, the company has already raised enough to judge that the project is viable.

The LakeDiamond team is particularly keen to retain production in Switzerland, where the company has benefited greatly from its partnership with EPFL. The cooperation of the Swiss financial regulator FINMA in establishing the rules for the ICO has also been helpful – as is the involvement in the ICO of Swissquote, a listed bank that is the first to distribute tokens through an ICO and provide storage in an electronic wallet.

Alex Kummerman, LakeDiamond Chief Investment Officer, says that the pragmatic FINMA approach to the ICO is just one aspect of the friendly business environment that Switzerland has offered LakeDiamond. ‘There is a five-year tax holiday for start-ups, which is renewable for another five years. The Crypto Valley initiative centred in and around the canton of Zug has hosted hundreds of start-ups in the blockchain sector and developed great expertise. And EPFL has a technology transfer office that establishes links between its researchers and industry.

‘Being located in Switzerland is very helpful, particularly for a high-tech company. Swiss technology brands have a great reputation internationally – their quality has a very positive image around the world. So it is a great country to launch innovative products like ours.’ 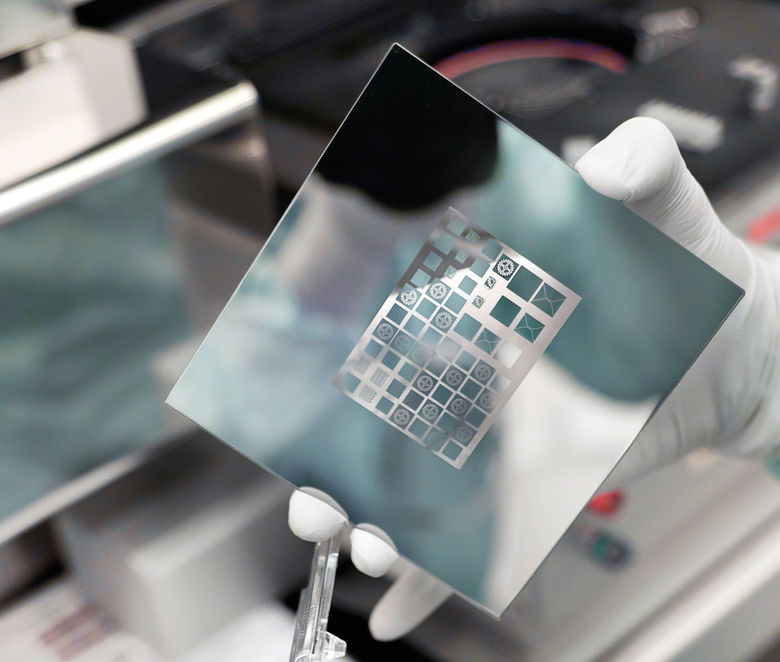