“Twitter is a perfect blend of the profound and the lighter side of economics.” 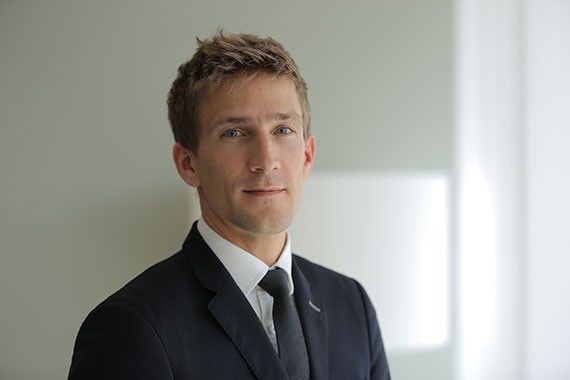 Today, you have more than 20,000 followers on Twitter. How did you start?

I began tweeting in 2009. I can’t remember exactly why, but it proved invaluable during the Euro crisis. I could get information directly and engage with local experts across the whole 19-country Eurozone. Through Twitter I have built a rich network of contacts inside central banks, among journalists and economists across Europe. Frankly, I don’t think I’d be here without my Twitter network.

Some of your posts have been retweeted or liked hundreds of times — What is your secret?

For Twitter, you need a strong discipline — tweet regularly but not too frequently. It’s a perfect blend of the profound and the lighter side. I have followed the ECB since I began working as a market economist on the trading floor at Credit Agricole in Paris in 2007. Soon after I joined, things began falling apart — I was very lucky in the topics I had to cover: I’ve never been bored for one moment.

In the early years of your career you used to teach economics at the university and ended up as market economist. What made you change your mind?

After graduating from the Ecoles des Mines with a Master’s degree in economics, I tried my hand at teaching, but I found it very hard, much harder than what I do today! I consider myself fortunate to have become a market economist. It’s the perfect mix of theory and practice.

How has the industry changed since the start of your career?

The established framework for analysing monetary policy and its effect on markets — analysis of the business cycle, fluctuations around a trend — has been blown apart in the era of quantitative easing. Also, the way of communicating policy has changed, not just in social media use. The ECB was the first major central bank to hold a press conference immediately after their meeting. Every six weeks, they make a decision. I can tell in the first few words whether it’s a dovish or a hawkish conclusion. The one thing I’ve learned is: you have to distinguish what you think they should do from what you think they will do.

Tell us about your start at Pictet

I was impressed by the resources and the commitment to economic research. In particular, being able to work with investment writers is a great luxury. There’s a sense of values, of independence of thinking, esprit d’initiative, excellence. And although this can make it harder to change, I believe Pictet will be able to continue adapting.