He may be a 23-year veteran of PAM, but Eric Rosset still exudes the nervous, flaxen-haired energy that colleagues recall from his earliest days at Pictet.

There’s a beard, of course, but he grew it when beards were no longer taboo, yet ‘before it became fashionable’. Eric, who is the Head of Multi-Asset Switzerland in Pictet Asset Management, lives by the motto, “To improve is to change; to be perfect is to change often”. 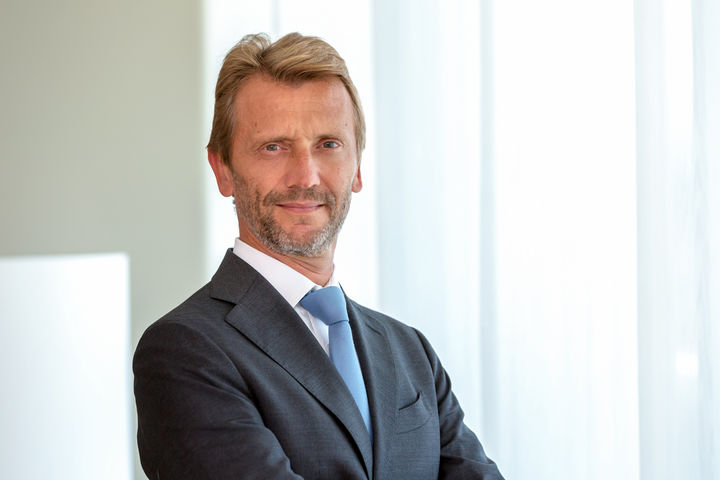 Perhaps more than anyone, Eric personifies the transformation of Pictet Asset Management in the past twenty years.

He came from SBC (before its absorption by UBS) in 1995 to join a team of generalists running out-of-favour Swiss Balanced accounts; specialist funds were the fashion. The unit was considered a cash cow—profitable, but stagnant.

Eric is now the Geneva-based head of the over CHF10 billion Swiss Multi Asset business, running a team of 11 specialists, eight in Geneva and three in Zurich. Pictet’s own pension fund represent a quarter of the assets. In the early days, he says, “we had almost no investment process, no risk management, not much compliance and no support”. They even made their own presentations and reported to clients.

“PAM today is more structured, managed, process-driven, professional, focused. If it was PAM 1.0 in 1995, now it’s PAM 4.0.” His unit forms part of the global multi-asset business based in six centres worldwide—Geneva, Zurich, Milan, Tokyo, Hong Kong and London—managing a total of CHF20 billion.

Eric takes particular pleasure in growing the Tokyo asset base with his colleague Steve Donzé. Having started in December 2013, “we now run three funds and advise a fourth one with a total of over CHF1.5 billion.” During his bi-annual visits he spends a week doing 6-7 meetings a day. “It’s completely different, very rewarding. Japanese culture fascinates me. Everything is square, proper, efficient. Our colleagues at PAM Japan offer us a big support in promoting our expertise. They are very kind.”

He loves Japan so much that he took his wife and two sons (then 14 and 17) on a Spring trip to Hiroshima, Miyajima and the art museum island of Naoshima during one cherry blossom season. In the Japanese way, he’s taken out for dinner nightly. “The diversity of cuisine is absolutely impressive. It’s not just sushi as we think in Europe.”

Eric tries to spend as much of his spare time as he can with his family. “It’s important to see them grow up,” he observes. Sportwise, tennis is still his passion.

And how has Pictet changed during his time with the Group? “It’s transformed in size, but we still feel the Pictet spirit,” Eric says, “and it’s more segmented. But what Pictet has achieved is very impressive.” When he joined in 1995 Pictet was one of several Geneva private banks of a similar size. “Now we are far ahead.”

It all sounds slightly serious. But Eric highlights the strong collegiate spirit at PAM. “We always have a spicy year-end review,” he says. “The ability to laugh at ourselves is very healthy. I hope it continues.” Three cheers to that.