“One of the strongest memories that stuck with me when I arrived at Pictet is that it’s a people’s business and I find that extremely important, to be empowered, to have this independent mind set, it really sets the difference with other institutions.”

It’s a defining memory for Kinshasa-born Alain-Nsiona Defise, Pictet Asset Management’s Head of Emerging Markets-Corporate. But perhaps his most formative experience was moving to Brussels at the age of ten. “As a family we’d visited Europe before, but only in summer. It was the middle of winter then. Snow, minus five degrees. I liked the fact that I had to adapt. You needed a personality to make friends. We were a small minority then. If you saw another Congolese in the street you’d say hi. Though I was the only African, my school was very multicultural.” 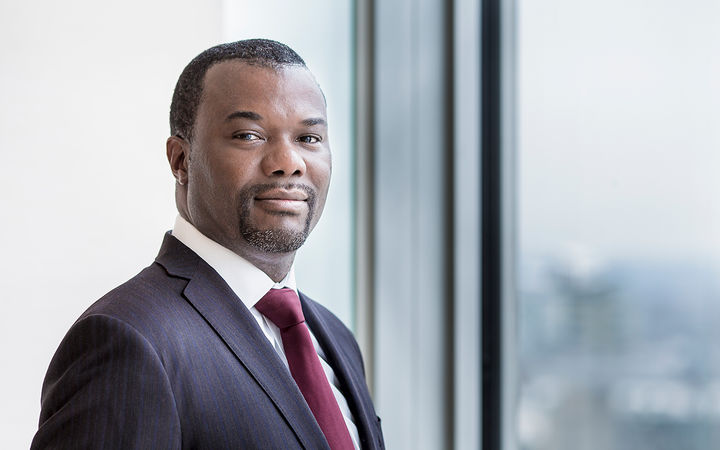 Since joining Pictet in September 2012, Alain has built a team of ten — six analysts, three portfolio managers and a client portfolio manager — of whom five are in London and three in Singapore. Called by a headhunter, he quizzed friends in the market. “Someone told me that the brand, the image of Pictet, was of a very respectable institution. Once you’re in, it’s like a family, they said. It was an opportunity to start something; very challenging for me. There was an entrepreneurial feel to it.”

And it was this entrepreneurial spirit that drew Alain to Pictet, as one of his core qualities is adaptability — acquired early on— and what he calls a holistic approach. Before gaining a Masters in Commercial Engineering at Solvay Brussels School of Economics and Management, he had a classical education. “University was a challenge because I’d studied Latin and Greek at school. My profile was more like that of a lawyer. But by 16 I wanted something more dynamic, like finance. It was a complete shift for me.”

“I did love Latin. Latin opens your mind, you need to be able to extrapolate and put things into a context. In the professional world, I believe in a holistic approach. Some like detail and facts, but you also need perception and intuition. It’s a good cocktail to have in the team.”

Within three months of joining Pictet, the Emerging Corporate Bond Fund was launched. “We reached over a billion dollars in three months, much of it through asset allocation from PWM in fact—we do a monthly conference call with Yves Bonzon and his investment committee. Today we manage close to USD 3 billion of assets, between funds and segregated mandates. We’re still someway from full capacity.”

“Someone told me that the brand, the image of Pictet, was of a very respectable institution. Once you’re in, it’s like a family, they said. It was an opportunity to start something; very challenging for me. There was an entrepreneurial feel to it.”

The emerging credit market has grown up a lot since Alain switched from developed credit to set up a unit at Fortis in 2006, before doing the same thing at JP Morgan. He was lucky enough to start when the market was very young. “In the same day I might meet an Indonesian coalminer, a Chinese real estate developer, a Brazilian sugar producer ... Moving to emerging credit I had to adapt to a different set of risks, a new culture. The market has evolved incredibly, but as we say, EM is still EM.”

To cover emerging credit today, he says, “you need different expertise, personalities, languages. You need to be able to understand the subtleties of the culture, the context.” He rubs finger and thumb together, as if to express the special fusion of judgment and intuition that comes from deep immersion in a subject.

“In emerging credit it’s not just the capacity to pay but the willingness to pay. It’s not only about the industry. Do you trust that CFO? Are the figures accurate? Is that person going to deliver? What are their political ties? In a year we visit about 500 companies on-the-ground.” He wants his analysts spending time on the idiosyncratic risk, he says, because if one position goes bad it can ruin a year’s performance. “A bond can trade at five cents to the dollar. It’s massively more important to avoid trouble than to look for the upside. In credit, I like to say only the paranoid survive.”

He adds, “the process is essentially bottom-up, with a regional allocation of research. Most of our analysts’ recommendations go into the portfolio —about 140 positions out of the index of around 500. We apply a global overlay, a country/sector matrix.”

“There’s an analogy with sport – we train and we compete to win.” It must be stressful. “I manage stress through sports and family. Krav Maga is what I do. It’s a self-defence martial art developed by the Israeli military in the ‘50s, drawing on other martial art traditions. It’s defensive not aggressive – it makes me more peaceful, less reactive.“ He also plans to do more kite surfing and goes to football. “Mainly Arsenal. I like to read too, biographies especially. Getting into the personalities of great people, extraordinary life stories.”

Adaptability, intuition, complementary expertise and background, a highly developed sense of risk and a drive to succeed. It looks like a winning combination.