Endless power for cities from the oceans 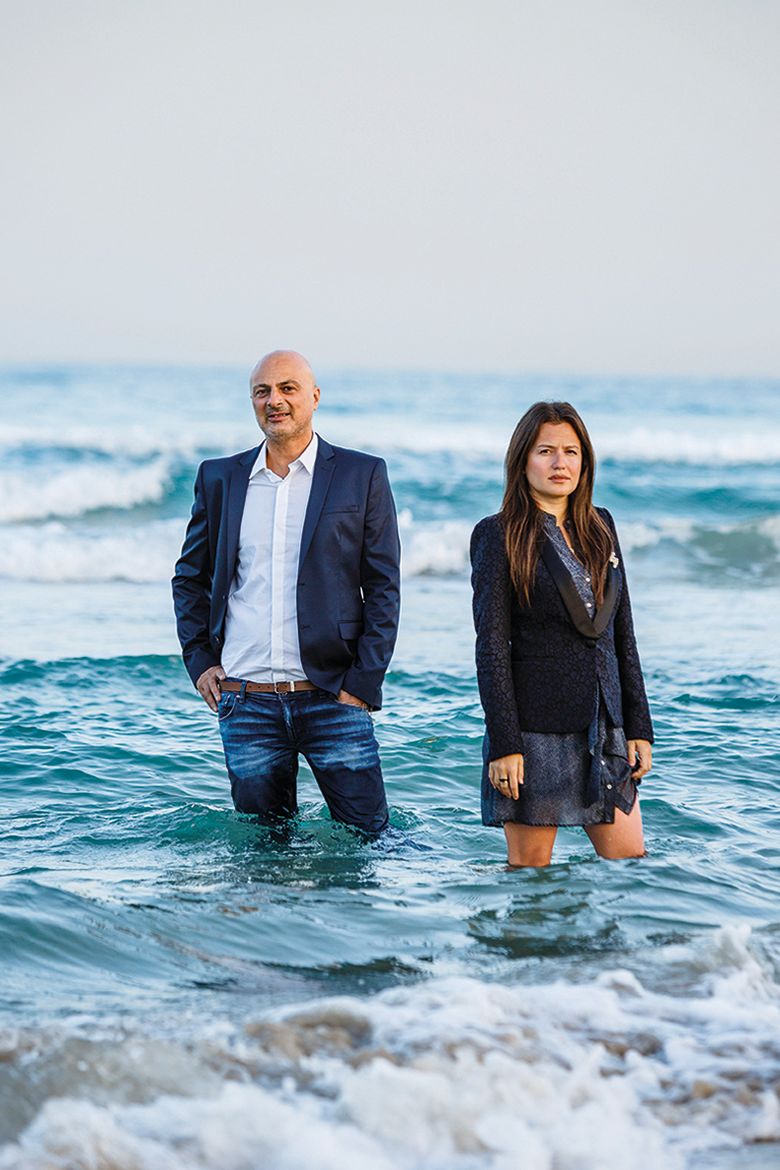 More than a billion people live without electricity, mostly in developing countries. Their cities often have access to electricity, but emissions from power plants create high levels of air pollution, which expose their inhabitants to health risks. And bills for imported fuels are rising as electricity generation increases to meet demand.

Much of the growth in electricity generation is forecast to come from renewables, as the cost of wind and solar power falls towards that of more traditional energy sources. But one source of renewable energy that has so far made little contribution is the ocean, which the World Energy Council estimates could provide twice as much electricity as the world produces now.

There are three main ways of capturing energy from the ocean: tidal power, wave power and ocean thermal energy conversion – but technologies to generate electricity from these are at a very early stage of development. However, two entrepreneurs have developed technology for extracting energy from waves and converting it into electricity.

Their company is Eco Wave Power, and its unique EWP wave energy device has technical advantages over competing systems, not least on cost. ‘It’s a very simple system, with 90 per cent of the equipment on land and just 10 per cent in the water,’ says Inna Braverman, one of the two co-founders of the company.

‘It requires no ships or divers and there’s easy access for maintenance, unlike competing marine generation technologies, which operate mainly offshore. And it can generate power at night or in polluted atmospheres, unlike solar power. So it’s not expensive – about the same price as solar power, the price of which has fallen sharply because solar panels are now mass produced in China. Our device will also benefit from such economies of scale as its use grows, and will become cheaper than solar.’

Inna was born in Ukraine and graduated in Israel with a degree in English, but then started working for a renewable energy company. She became interested in wave power generation where lots of companies appeared to be investing heavily with little commercial success.

She met her Canadian co-founder David Leb at a party and found that he also had an interest in wave energy. A multiple entrepreneur, he had been living in Panama, owning a surf camp on the Pacific coast, where he had seen how surfers could use the power of the waves – and thought it could be used to generate electricity.

The two teamed up, undaunted by the wealthy competitors: David provided angel funding, while Inna returned to Ukraine to carry out research on possible technologies. She launched a contest to find the best, which attracted 300 engineers, and whittled their entries down first to 50, then 20, and finally 5. She took the most promising ideas to the Institute of Hydromechanics in Kiev, which tested them to find the best option.

It was based on simple floaters attached to structures on the shore such as breakwaters. They rise and fall with the waves, creating hydraulic pressure that can be piped to buildings on dry land to turn motors and generate electricity. Smart automation controls the process to smooth power generation and feed it into the grid: if the waves become too rough, it can raise or lower the floaters to protect them from damage.

Ten floaters make up a module for power generation, which will generate one megawatt of power – enough to supply around 1,000 households. They can be attached to any man-made structure, including jetties, piers and platforms as well as breakwaters. If there is room, more modules can be installed – for example, 50 could produce 50MW for 50,000 households. 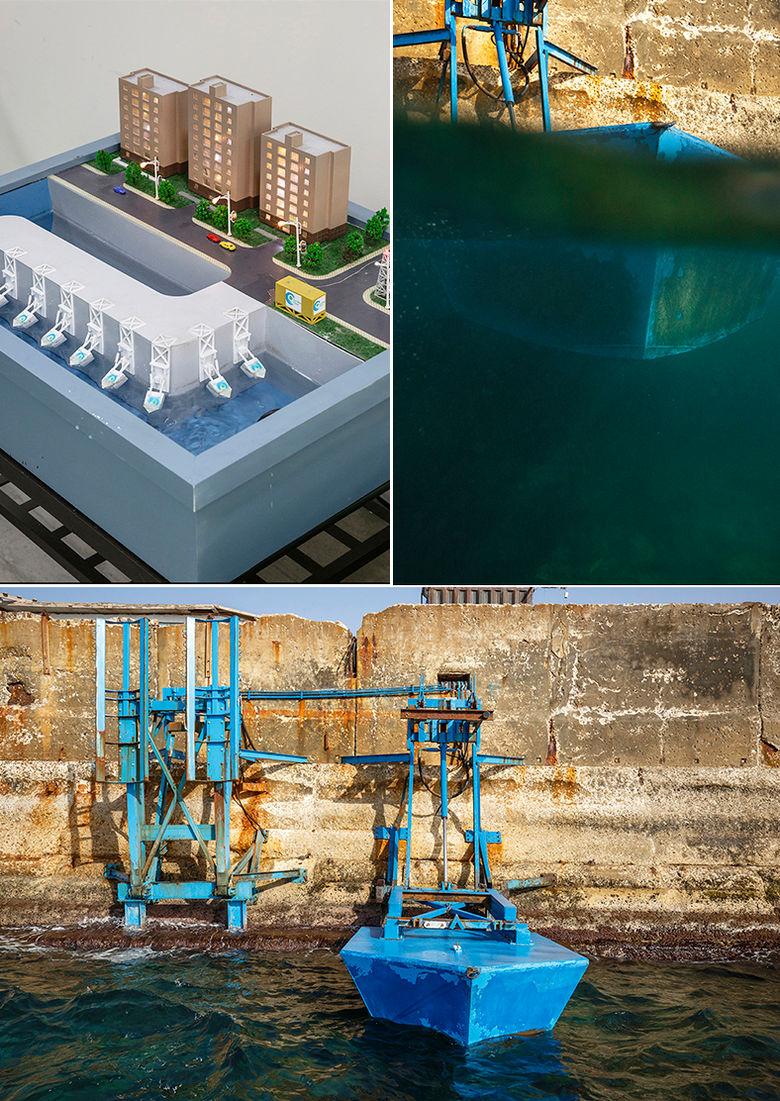 More than a billion people live without electricity, mostly in developing countries

Eco Wave Power has been operating a pilot wave energy plant off the coast of Israel for the past three years. And in 2016, the company began to install an EWP system in Gibraltar on a former Second World War ammunition jetty. ‘It will be enlarged to 5MW, in the first commercial wave energy array in Europe,’ says David Leb. ‘On completion, it will provide 15 per cent of Gibraltar’s electricity.’

The company is also about to begin construction in the Mexican port of Manzanillo of a 4.1 to 4.8MW installation, rising later to up to 25MW. And EWP is finalising an agreement with a Chinese nuclear company to collaborate on building 400MW of wave energy power stations in China, starting with a 50MW plant in Zhejiang Province.

‘It’s very exciting for me to work with a Chinese company for personal reasons,’ says Inna. ‘I was born near Chernobyl two weeks before the nuclear explosion there and was a sick baby like many children in the region. Once, I stopped breathing, and had to be resuscitated by my mother who was a nurse. Now I will be working in China, which is dependent on nuclear power, helping it to develop renewable energy.’

Other projects are in the pipeline, says David, and interest is really high. Most of the installations can be made from locally manufactured steel with only the smart operating system imported from Israel. And local people can be trained to maintain the plant once installed.

Although just over half the world’s population lives within 200 kilometres of the sea, David believes that wave power is only part of the solution for large cities. ‘It will be part of the renewable big picture, with solar, wind, biofuels and others – there won’t be just one power source like fossil fuels.’

But Inna adds that there will be places where wave power can supply a high proportion of electricity supply, such as Australia, Scotland and Chile. And since the density of water is 800 times greater than the density of air, much greater amounts of electricity can be generated with much smaller devices. In Israel, for example, the 3.5 kilometres of breakwaters along in Ashdod Port could accommodate wave power generators of 50MW – enough to supply 50,000 people.

The two entrepreneurs are optimistic about the prospects, aiming to install 130MW of capacity over the coming years in countries they are already working with. They also hope to launch the company on the Australian stock exchange in 2018. Australia is already generating wave energy power offshore and David and Inna believe it would be a good place to implement their onshore technology. ‘Cities have been extracting resources from the oceans for centuries and polluting them by what they put into them,’ says David. ‘Now we can extract something in the form of renewable energy, which doesn’t pollute them and can generate power endlessly.’