Our ambitions and beliefs

Human progress and economic development over the last century have come at a cost to our natural environment. Population growth and rising standards of living have led to exponential demand for energy and for other natural resources. This has not only caused damage to our biosphere; the Earth’s capacity to regenerate has also been rapidly overstretched.

With the challenges the world is now facing, we need to move swiftly to a more resilient and sustainable economy. For the financial system, we believe this calls for a systemic shift in focus away from exclusively maximising financial returns. Instead, we have to embrace new models that are based on solid science and innovative partnerships and also take account of environmental, social and governance factors in investment decisions and active ownership practices. It also means further developing solutions that redirect capital flows to issuers best positioned to tackle these challenges.

We have three ambitions before 2025 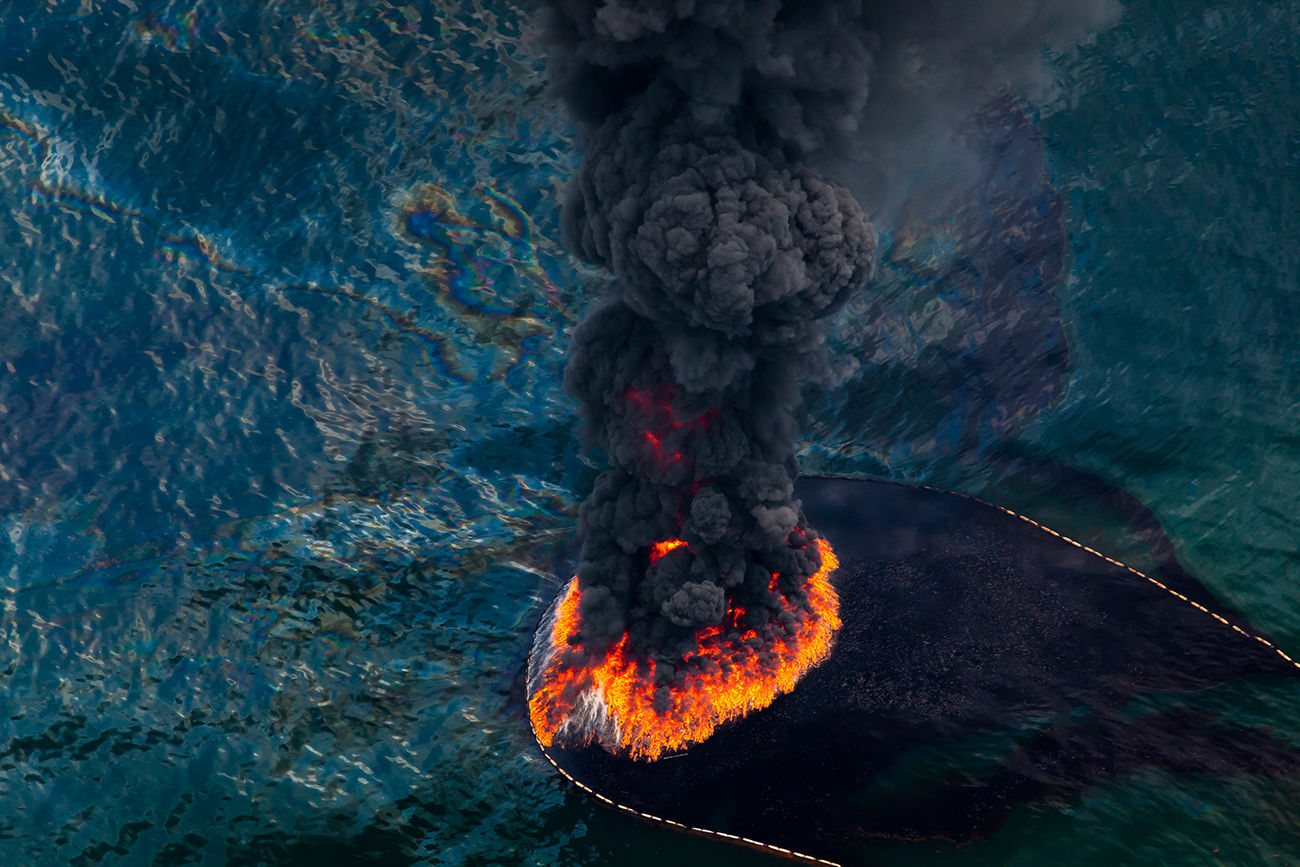 This photograph, as well as the one on top of this page, are part of the series “Spill” by Prix Pictet shortlister Daniel Beltrá. He documented the environmental impact of the world’s largest marine oil spill in the Gulf of Mexico in 2010. (see footnote)

To achieve these ambitions, we have identified 10 levers of action for conducting our own activities and for managing assets on behalf of our clients.

We are convinced that these 10 levers of action will make us better investors and corporate citizens and help us play our part in designing a thriving system for future generations.

How we conduct our activities

How we invest our balance sheet

As we have full control over our balance sheet, we have committed to portfolio decarbonisation and investing in activities that help speed up the transition to a low-carbon economy. This includes our corporate treasury as well as seed investments.

Our employees are our most crucial asset and a key amplifi er when it comes to sustainability and responsible behaviour. We continue to engage with our colleagues on sustainability topics and encourage them to be involved in local actions, especially where we have a strong presence.

How we manage our direct environmental impacts

In our own business activities we are taking every possible step to cut our carbon footprint by employing the most advanced building technology, reviewing every aspect of our operations and reducing the environmental impacts of our infrastructure and employee mobility.

Philanthropy for environmental and social benefit

As the ultimate “risk capital”, philanthropy can be an important part of tackling some of the world’s most intractable problems. Through our initiatives and supported projects, we seek to stimulate action on environmental and social issues.

Commitments to the broader society

“These 10 levers of action align us with our purpose: to protect, grow and transmit wealth, in every sense, by building responsible partnerships with our clients, colleagues, communities and the companies in which we invest.”

How we manage client assets

We continue to develop investment strategies that provide capital to companies which help to have a positive impact on society or the environment. We also support those companies that plan to mitigate the negative externalities of their products, services, operations and supply chain.

Inclusion of ESG into investment processes and risk management

Across research, investment decisions, risk management and advisory services, we continue to place emphasis on the inclusion of environmental, social and governance factors when evaluating corporate and sovereign issuers.

We strive to engage with issuers that fall short of our expectations – either directly or through collaborations with other investors. Where necessary, we will escalate to Board representatives, vote against management or support shareholder resolutions. Depending on the severity of the concern and the issuers’ capacity or willingness to adopt generally accepted standards of best practice, we may choose to sell the investment.

Where relevant data are available, we strengthen reporting on the ESG characteristics of client portfolios and the impact of active ownership activities. Where data are missing, we encourage issuers to report according to international standards.

Thought-leadership and research on sustainability

We will use our substantial experience across key environmental and social themes to publish targeted research and help raise awareness and capital for a sustainable transition.

A timeline of Pictet’s environmental achievements

Latest publications related to Sustainability
Our experience across key environmental and social themes enables us to publish targeted research and help raise awareness and capital for a sustainable transition.
More publications

Our principles in action

Taking the long-term view is more important than ever – and that means embracing sustainability in our day-to-day investment decisions, active ownership and reporting practices.

Pictet’s sense of responsibility underpins our approach. We are aware that our actions have an impact on the environment and are committed to reducing that impact as much as possible.

Our independence has enabled us to invest and expand our business with the long term in mind. It also allows us to pursue a unique approach to recruiting and managing people. 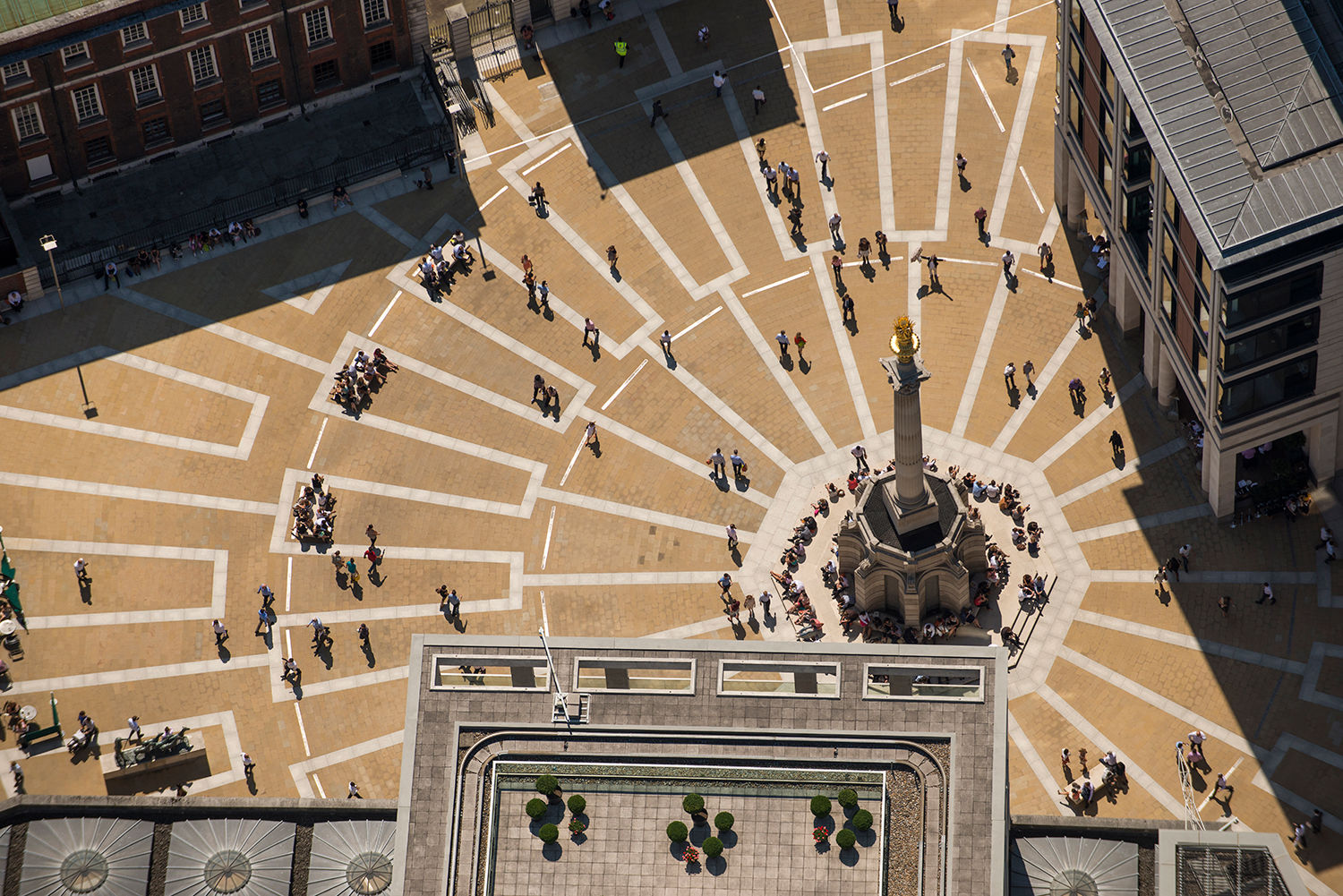 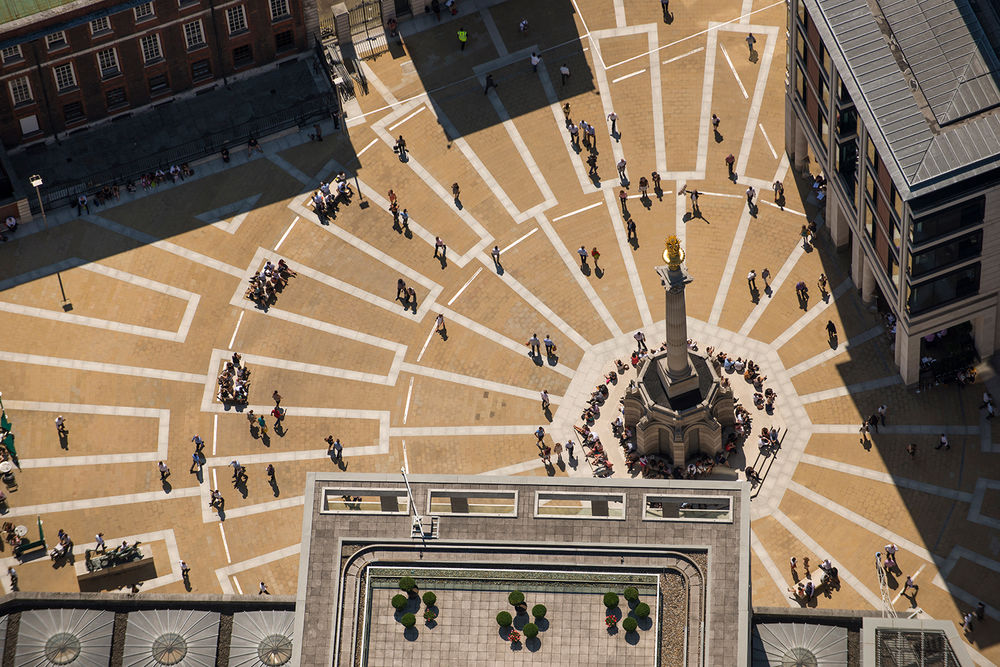 Commitments to the broader society

“Philanthropy was a civic responsibility long before it became a corporate responsibility. For us, it’s about a desire to serve.” 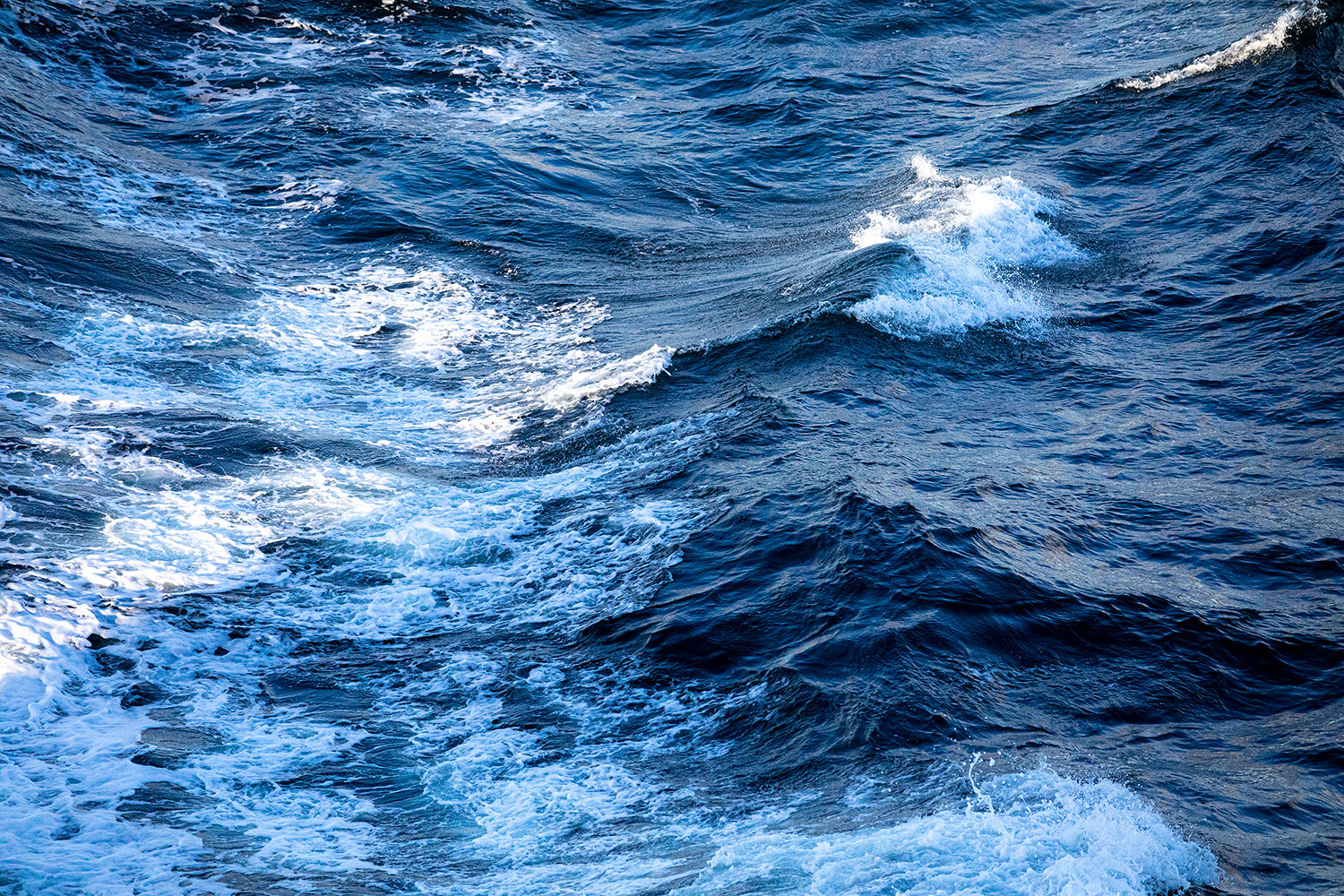 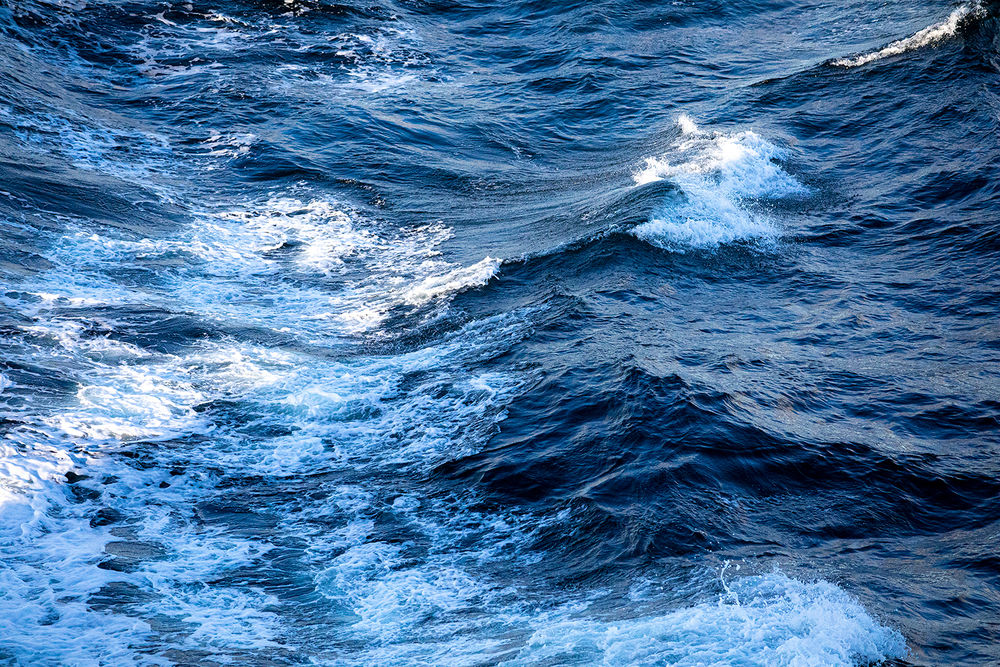 With philanthropy, as a responsible actor, we are involved in societal action and support numerous initiatives, mainly through the Pictet Group Foundation, which provides a corporate framework for the Group’s philanthropic activities.

Our brochures give a full view of the Pictet Group’s approach to sustainability and responsible investing.

Brochure about the initiatives at Group level

Daniel Beltrá and the Prix Pictet

*Daniel Beltrá was born in 1964 in Madrid, Spain. His passion for conservation is evident in images of our environment that are evocatively poignant. In 2011 he received the Wildlife Photographer of the Year Award for his work on the Gulf Oil Spill.

The two images published on top of this page were shortlisted for the fourth cycle of the Prix Pictet “Power” in 2012.

Oil Spill #15: A ship motors through oil spilled in the Gulf of Mexico. The spill caused extensive damage to the marine and wildlife habitats as well as the Gulf’s fishing and tourism industries. 18 May 2010, Gulf of Mexico, United States

“On 20 April 2010, BP’s Deepwater Horizon drilling rig exploded in the Gulf of Mexico, killing eleven crewmen and injuring seventeen, making it the world’s largest marine oil spill. More than 600 miles of coastline were affected and still show lingering signs of oil and dispersant. Layers of crude oil are spread thick on the ocean floor, radiating far from the wellhead site. Scientists have determined that up to 75 per cent of the oil from BP’s disaster remains in the Gulf environment.” Daniel Beltrá, Oil Spill 1, Gulf of Mexico, United States, 17 June 2010

Daniel’s work has been published by the most prominent international publications, including The New Yorker, Time, Newsweek, The New York Times, Le Monde, and El País. (Images courtesy of Catherine Edelman Gallery)

Founded in 2008 by Pictet, the Prix Pictet has become the world’s leading award for photography and sustainability. To date, there have been eight cycles of the award, each of which has highlighted a particular facet of sustainability.