Trade war is not the main reason to be blamed

The renminbi could further depreciate by another 5%.

The US is undoubtedly the strongest amid all other major markets globally. The three major indexes, namely the Dow Jones Industrial Average (DJIA), the Standard & Poor's 500 (S&P 500) and the NASDAQ Composite Index (NASDAQ) have all reached historical highs recently. On the other hand, emerging markets have been on a downward path for some time, with the trade war being the main reason blamed according to market commentators. However, Pérez Ruiz pointed out that the trade war is just an excuse for the slump.

According to Pérez Ruiz, the developed and emerging markets normally tend to follow each other in development, but a trend of discrepancy has been seen since May this year. As shown in Chart 1, a significant decline was seen in the MSCI Emerging Markets Index. Despite recent rebounds, a decline of nearly 10% has been recorded since the beginning of this year.

Rather than the trade war, Pérez Ruiz said this discrepancy was mainly driven by fundamentals. “Everybody has been talking about the trade war as the main driver. However, when you see that corporate earnings growth of more than 20% was seen in the US, while the emerging markets have been suffering a continuous decline, you will understand that the discrepancy was a result of their diverging fundamentals. Earnings growth between the two has gone in opposite directions.”

According to earnings data announced by US companies, year-on-year growth of 8.7% was recorded in the S&P 500 components in Q1 and Q2 this year, while remarkable earnings growth were 24.7% and 25.2% respectively. Not only was this much higher than the previous quarters, a level of growth not seen since 2010. 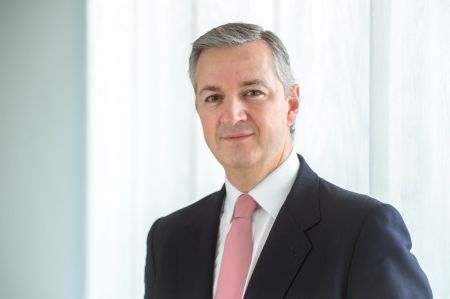 As a result, Pérez Ruiz is more upbeat on the performance of US stocks, supported by the country’s strong economic momentum, which is better than Europe, Japan and the emerging markets. “As long as the situation remains, US stocks can continue to outperform.”

As the spread between US 10-year and 2-year Treasury yields are narrowing, some expect an inverted yield curve might occur once the spread reaches a negative level, forecasting a recession in the country. Pérez Ruiz also expects an inverted yield curve, followed by adjustments in US stocks. However, a recession is unlikely, so it will be an attractive opportunity to tap into the market once US stocks start to fall.

On the bearish performance of emerging markets, Pérez Ruiz thinks China’s economic situation is the key. “The economic momentum in China has been weakened ahead of the trade war, as the country is in a continuous process of deleveraging.”

China has been emphasising quality growth by different measures, including regulations on shadow banking, corporate credit and environmental protections. While these measures are all beneficial to the nation in the medium term, it might mean that its economy could be weaker than the market anticipates in the short term. Furthermore, Donald Trump has chosen to start the trade war at a time when China is dealing with a relatively weak economy.

“As long as the situation remains, US stocks can continue to outperform.”

Pérez Ruiz has met people from both the Democratic Party and Republican Party, and basically all of them are in favor of Trump’s trade war with China. China can accept the tariff measures as a relatively big depreciation in the RMB has occurred, offsetting negative impacts. He expects another gradual 5% loss in the currency. However, Pérez Ruiz does not think a consensus can easily be reached on the “Made in China 2025” initiative.

It is unlikely that there will be any clearer direction in the trade war before the US midterm elections in November as it is hard for China to give Donald Trump any signs of victory in the two nations’ trade disputes before the elections.

Moreover, the election outcome could alter the path of the dispute. “If Trump loses in the midterm elections, it will be difficult for him to continue with his domestic agenda in the country, therefore he might turn more aggressive against China on trade. However, if he wins both houses, he does not have to be so tough on China and pressure might be lessened.”

* Hong Kong Economic Times ran an interview with César Pérez Ruiz, Chief Investment Officer at Pictet Wealth Management, on the global market outlook, particularly on the discrepancy between developed and emerging markets.  The interview was published on 2 October 2018.