The future of cities

“The digital revolution has launched a wave of innovation in the world’s cities, providing opportunities to improve urban mobility and create better workspaces for the changing nature of work.”

These are exciting times for cities, according to Carlo Ratti, Director of MIT’s Senseable City Lab and co-founder of Carlo Ratti Associati architecture studio. Although they occupy just 2 per cent of the Earth’s surface, they are home to more than half the world’s population, account for 75 per cent of energy consumption and generate 80 per cent of CO2 emissions. But digital technology, which is disrupting many traditional dimensions of the urban way of life, is creating a wave of innovation to reflect the needs of modern cities. 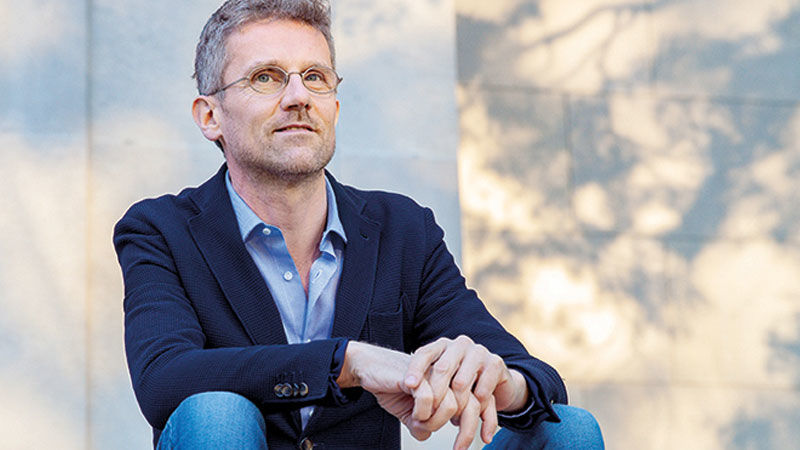 During the last decade, digital technologies have begun to blanket our cities, radically transforming them and providing new tools to improve urban mobility and the world of work. The enormous growth in the availability of real-time data and the convergence of the digital and physical worlds through the Internet of Things is creating opportunities to design cities that better serve the needs of their inhabitants.

‘This process of innovation is often described as creating smart cities, but I am not in love with that word, because it lacks a human dimension,’ he says. ‘That is why we called our research unit at MIT the Senseable City Laboratory. Its mission is to investigate how digital technologies are entering the physical sphere and anticipate the implications for city-dwellers.’ 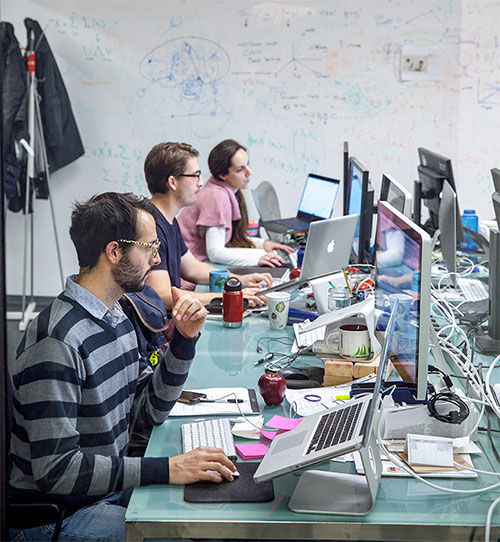 Urban mobility is one aspect of city life which could benefit enormously from the deluge of real-time data. Motor vehicles are becoming like computers on wheels, with thousands of sensors in an average car emitting high-frequency signals and providing a lot of information about their drivers and the roads. This can be used to estimate what they are being used for and whether they could make fewer trips to reduce the number of vehicles on the road.

New York’s traffic data, uploaded into the HubCap interactive visualisation devised by Senseable City Lab and Audi, showed that the city’s Medallion cabs made 150 million taxi trips in 2011. The data included GPS coordinates of all pick-up and drop-off points and corresponding times of journeys, and analysis by the research team found that many could have been saved by ride-sharing.

“We estimate that ride-sharing and vehicle-sharing could in theory reduce the number of cars on urban roads by 80 per cent.”

‘Sharing could have got everyone to their destinations at the same times, give or take a couple of minutes, using 40 per cent fewer vehicles. The New York Times commented that no New Yorker would share anything with another New Yorker, let alone a car. But data collected by Uber after the introduction of its Uberpool car-sharing service in San Francisco showed that it was used by 50 per cent of users – and the service has now spread to New York and elsewhere around the world.’

Customers pay less because the cost per person of sharing is lower, and it greatly reduces traffic, energy consumption and pollution on the roads. And the scope for savings would be much greater with self-driving cars, which will have even more powerful computing power.

‘Cars are used only 4 per cent of the time on average, and are parked for the other 96 per cent. But self-driving cars could take you to the office in the morning and then be used by other family members, friends or neighbours while you are at work. This could hugely increase the percentage of time that cars are used: we estimate that ride-sharing and vehicle-sharing could in theory reduce the number of cars on urban roads by 80 per cent.’

When fully autonomous cars take over, there would be further benefits for mobility. They would have to know where every other car is in the vicinity, which could reduce the need to stop at intersections because digital technologies could feed them through with fewer delays. This would also reduce bottlenecks, which often cause accidents.

“In such cases, the only reason for going to offices is to interact in a physical space with other people. When interacting in person, there is greater bandwidth.”

Evolution of office and interaction at work

A second component of city life where the internet is having an impact is urban places of work, which are largely offices. Why, Carlo Ratti asks, do people go to offices for work when so much of what they do in a digital era could be done from home or elsewhere? His answer is that there are still reasons to go to the office, but they are not the same as those that led to the use of offices in the 20th century.

In the early days of office work, its purpose was to execute mechanical tasks from rows of desks or cubicles where employees were all doing the same thing. There are still companies where that sort of work is needed, but there are others where it is now done by computers or, increasingly, by artificial intelligence or robots.

‘In such cases, the only reason for going to offices is to interact in a physical space with other people. We can interact online over the internet on Skype or through video conferencing, but this tends to involve a pre-determined group of people focusing on a particular purpose. When interacting in person, there is greater bandwidth: you can come into contact with more people and exchange new ideas, which can change careers or outcomes.’

Carlo Ratti calls these exchanges ‘serendipitous interaction’, but it requires different workspaces to facilitate creativity and collaboration. One workplace provider called WeWork is already transforming office buildings into what it describes as ‘beautiful, collaborative workspaces’. After its latest fund-raising, it is now valued at close to USD 20 billion.

‘Cerdà, the 19th century urban planner who created modern Barcelona, dreamt of having real-time information about how the city was used to make better use of it. But we now have that on the MIT campus, the first urban area in the US to be covered fully by Wi-Fi, and we can see how every room on the campus is used over time. We can also think about how the space could be used differently as the nature of work changes.’

By integrating digital technologies seamlessly within the physical space, we can forge better relationships between people and with the building they inhabit, ultimately fostering interaction and creativity.”

Digital technologies in the physical space

Carlo Ratti’s architectural practice is working on redesigning shared-office spaces in Europe and the US to promote interaction. One of these is the Agnelli Foundation headquarters in Turin, where the aim was to help it respond better to the community and increase interaction between people. It began over 100 years ago in a villa, which was extended in the mid-20th century with closed-off offices.

‘Reflecting on what we had learned from the MIT campus, we decided to open it more to the city by adding a protruding glass body, which hosts a café and acts as an inviting element to passers-by in the neighbourhood. We also opened it up between the floors and between rooms on the same floors so that people could talk to each other more easily. And we opened it more to nature, with places to work and meet in the garden, which now has an orchard.

‘One of the central ideas behind the Agnelli Foundation is that, by integrating digital technologies seamlessly within the physical space, we can forge better relationships between people and with the building they inhabit, ultimately fostering interaction and creativity. This is what we call Office 3.0. It’s a vision that overcomes the limitations of the pre-internet spaces as well as the alienating isolation of tele-working.’ 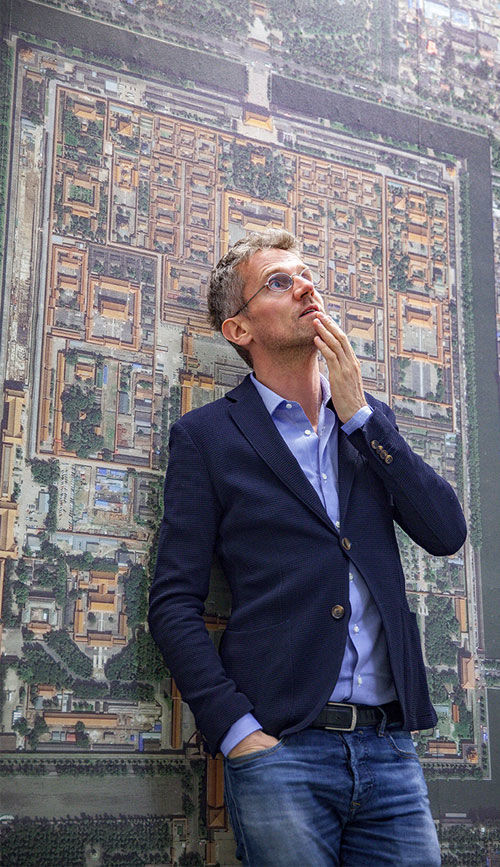 In the building, each person can customise their workspace environment by interacting with the Building Management System (BMS). A smartphone app makes it possible for occupants to check in, interact with co-workers, book meeting rooms, and regulate environmental settings with an unprecedented degree of personalisation. In short: energy-saving human interaction and a more pleasant working environment.

‘There will be other disruptions to buildings created by the internet,’ says Carlo Ratti, ‘Shopping malls are already shutting down in the US in response to competition from online retailing – 25 per cent are forecast to close over the next few years. The convergence of digital and physical is changing our lives, and when lives change, cities must change too.’

Carlo Ratti is an architect and engineer by training. He teaches at the Massachusetts Institute of Technology in Boston, where he directs the Senseable City Lab. He is also a founding partner of Carlo Ratti Associati, an international design and innovation practice based in Turin. He is currently a member of the World Economic Forum Global Agenda Council for Urban Management.