“Switzerland has a long tradition of entrepreneurship and is recognised as a leader in innovation capability, ranking third in the World Economic Forum’s Global Competitiveness Report for 2018.”

The origins and drivers of economic growth have been the subject of intense debate among economists and economic policy decision-makers since the physiocrats (18th century). In modern economic literature, sustainable growth is generally seen as closely linked to technological progress.

Separately, Austrian political economist Joseph Schumpeter acknowledged technological progress as ‘creative destruction’, arguing that innovation is both the product of competitive entrepreneurship and a critical element of economic growth. 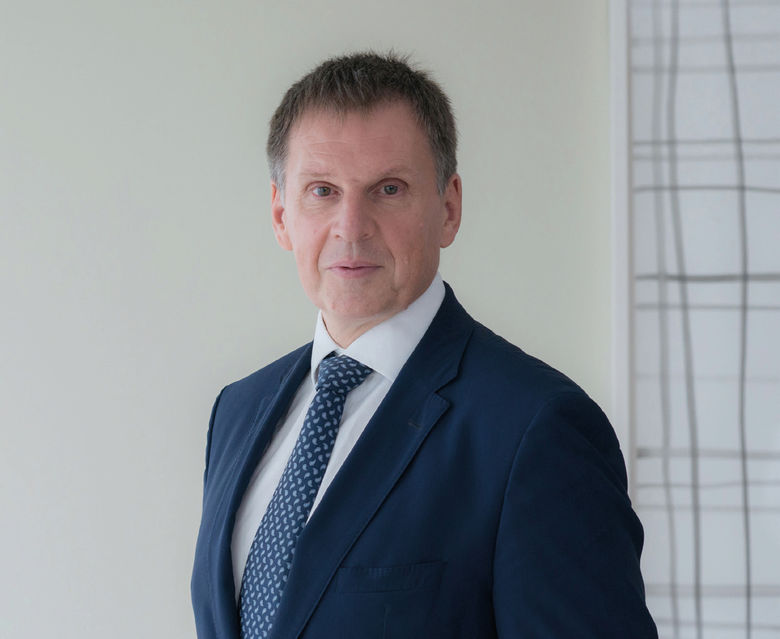 Christophe Donay “Switzerland is home to over 280 biotech companies, and has been at the forefront of a wave of innovation in sectors ranging from high-end medical technology manufacturing to private and institutional banking.”

Promoting entrepreneurial activities, the bedrock of innovation, requires providing the appropriate political, legal, economic and social infrastructure to allow the rise of entrepreneurial serendipity. Start-ups flourish in places able to provide such structures.

Switzerland has a long tradition of entrepreneurship and is recognised as a leader in innovation capability, ranking third in the World Economic Forum’s Global Competitiveness Report for 2018. With a population of just 8.4 million, Switzerland ranks second globally in terms of nominal GDP per capita and third in terms of patent applications per capita — behind South Korea and Japan, but ahead of the US, China and Germany.

“The role of the state in favouring serendipity among entrepreneurs through crucial initiatives has historically been key.”

Switzerland, which is home to over 280 biotech companies, has been at the forefront of a wave of innovation in sectors ranging from high-end medical technology manufacturing to private and institutional banking. Last year, the Swiss federal government announced a further new initiative to support local start-ups, many of which reach unicorn status (values of over USD1bn), including neurotechnology company MindMaze or Avaloq in the fintech space. Private capital also sustains several innovative initiatives in Switzerland. In March this year, the Digital Health Club, a pole of up to 20 promising companies, was inaugurated near Lausanne, with the aim of becoming a world reference in the fastgrowing area of digital health.

The role of the state in favouring serendipity among entrepreneurs through crucial initiatives has historically been key. For example, the grant of the IBM Q-32, a powerful computer, to the US Advanced Research Projects Agency (ARPA) in 1961 allowed the birth in 1969 of ARPANET, the ancestor of Internet. Blockchain is yet another example. Its use of modern cryptography to protect big data would probably not have been possible without the strategic shift operated by the British cryptanalytic department during WWII. Their hiring of a scientific expert instead of language-based analysts led Alan Turing to decipher the Nazi’s coding machine ‘Enigma’. Turing’s findings laid the foundations of modern cryptography, as described by John Nash in 1955.

“Parts of Europe risk missing the boat. Indeed, in part because of its inability to nurture big tech champions.”

Today, synergies between the state and private sectors continue to provide fertile ground for innovation. In Switzerland, the authorities have been highly proactive in creating a legal framework for big data blockchain technology and for corporate fundraising through Initial Coin Offerings (ICOs). As a result, 1,132 ICOs and Security Token Offerings (STOs) were successfully completed in 2018 in Switzerland, twice as many as in 2017. Big data, the sector to which blockchain belongs, is one of the seven broad sources for the current innovation wave we have identified: advances in the internet, automation, transport, energy, life sciences and smart materials.

Other parts of Europe risk missing the boat. Indeed, in part because of its inability to nurture big tech champions, Europe’s share of global GDP may well halve from 22% to 11% in less than 20 years, when the US will account for 25% and China 22% (double the current level), according to our analysis.

The latter two countries are leading the current innovation wave thanks to their capacity to transform start-ups into blue chips, epitomised by FAANG (Facebook, Amazon, Apple, Netflix and Google) in the US and BATX (Baidu, Alibaba, Tencent and Xiaomi) in China. The US in particular has a long track record of creating and sustaining innovation. In February, for example, President Trump ratified an executive order making the development and regulation of artificial intelligence a federal priority. But China is already a serious competitor in the contest for global technological supremacy — a hidden factor in the trade tensions between it and the US. According to the World Intellectual Property Organization (WIPO), China saw the sharpest rise in patent applications of any major economy relative to GDP in the 10 years to 2017 (chart 1).

Nevertheless, the measurement of the strength of the dynamics of innovation on an economy solely through the number of patents or start-ups per capita would be incomplete without looking at other indicators. One of the easy ways is to observe the proportions of listed innovative companies’ market capitalisations in broad equity indices. According to our analytical framework, innovative companies’ share of the MSCI China index has tripled to 14% over the past four years (chart 2). Growth in the US, while healthy, has been slower, with a doubling of innovation-led companies’ share on the S&P500 over the last 10 years to 27%. By contrast, the share of innovation- led stocks on the STOXX Europe 600 has remained flat for the past six years at a meagre 2.1%.

However, China’s rapid rise as a leader in innovation could be undermined if it does not lay the groundwork for fostering entrepreneurship over the long term. Arguably, China’s core political system could turn out to be an impediment to sustainable sorts of innovation and start-up generation.

As economic dynamics are reflected within financial markets, the tendencies described above create opportunities for investors. Our research indicates that investing in innovation can provide investors with excess returns not only in public equity markets, but also in private markets including private equity, venture capital or business angels.