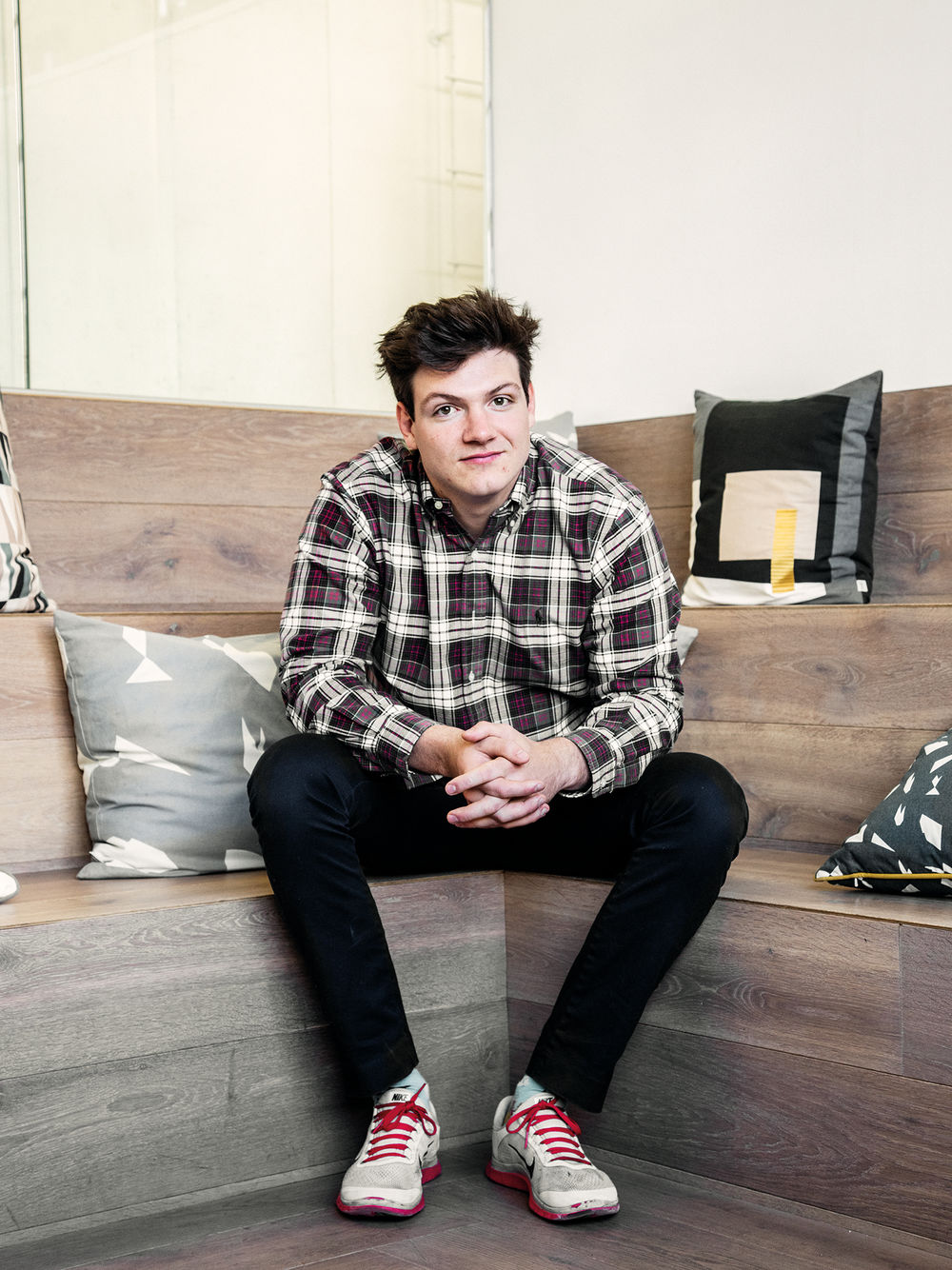 ‘If you have a business idea, try to validate it with as small amount of work as possible. Providing a minimum viable product with just enough features to attract early adopters will get their feedback to help improve your idea for a bigger market.’ ‘Don’t spend a lot of money on marketing at first. The true validation of great products is not having to get your first customers. If you have to pay, you’re probably not solving a big enough problem.’

Does everyone really need their own drill, or should they simply borrow it?

Mass consumption has become a common complaint in modern life, as consumers increasingly feel that they need to acquire the latest gadgets, update their mobile phones frequently and own cars used on average for only 4 per cent of the day. Throughout our lives, we accumulate a large quantity of possessions that are completely under-used, while people who could make use of those items cannot access them.

The sharing economy grows larger every year, however, with Airbnb providing a platform for home-owners to rent their accommodation to travellers more cheaply than hotels. Zipcar allows members to rent vehicles by the hour, and eBay provides an online marketplace where users have an easy way to sell their possessions. Uber is another platform that allows car owners to transport people around town – usually for less cost than commercial taxis.

Fat Llama is one of the latest online businesses to join the sharing economy, creating a marketplace where users can rent almost anything, saving them money and allowing people to unlock value by sharing possessions that they use infrequently. Airbnb co-founder Brian Chesky once pointed out that there were 80 million power drills in America that are used for an average of 13 minutes. ‘Does everyone really need their own drill?’ he asked.

The three founders of Fat Llama had the same thought when they were working on their original business plan of creating a desk-sharing company by leasing offices, renovating them and subletting the desks. ‘We found that we were buying tools, drills, ladders and decorating equipment which we just couldn’t sell after we’d finished an office,’ says Chaz Englander, Chief Executive. ‘We could probably have found those items in the same building as the office, but there was no means of renting them from their owners – and that’s how Fat Llama started.’

The plan was to connect people who need things with others in the neighbourhood who have them to lend. By listing their possessions on the Fat Llama website, the owners could make some money, while the borrowers could avoid the cost of purchasing them. And if both parties lived locally, borrowing could be done quickly, outside the opening hours of hire shops.

“It would create a world where people don’t have to own everything.”

A digital marketplace with an insurance-backed guarantee

The three co-founders met each other through school and university, and came together in 2014 at what was known as Silicon Roundabout in East London. Chaz Englander had studied accounting and finance, having wanted to get involved with start-ups from a young age. Rosie Dallas, a graphic designer, is Chief Operating Officer who runs day-to-day business operations. And Owen Turner-Major, Chief Technology Officer, comes from a software background and built the whole platform from scratch in mid-2016.

While others had tried to create similar businesses in the past, Fat Llama’s unique selling proposition was that any item lent out under its scheme is covered against loss, damage or theft up to £25,000 by an insurance-backed guarantee. This took time to organise, because insurers were unfamiliar with the sharing economy and found it hard to quantify the risks involved. But it offers potential lenders important reassurance if valuable items are rented out.

‘Underwriters will insure anything if the numbers make sense and they can see it will make a profit,’ says Chaz. ‘The three of us became mini insurance experts to convince them that it would be profitable, while Owen created an algorithm which could assess the risk of individual customers from the way they behaved on our website. It worked, and it learns from any mistakes so that it only gets better – and it convinced an insurer to take us on.’

A “peer-to-peer” relationship ensures a higher sense of responsibility

In practice, the experience of Fat Llama has been that the risk is very low – perhaps one in ten thousand rentals goes wrong. The co-founders put this down to the peer-to-peer nature of the transaction: both parties meet to exchange the items, which creates a bond between them.

‘Often the two people have a shared interest: for example, if you are renting a professional camera, you’re probably a photographer and you’re renting from another photographer. As a borrower, you shake the lender’s hand, look them in the eye and feel responsible for looking after their item and returning it in a good condition. Peer-to-peer car hire in the US demonstrates the same phenomenon: their insurance claims ratios are much better than those of rental firms like Hertz and Avis.’

The co-founders always wanted to create something big, and see helping people to monetise their possessions as very big. ‘It would create a world where people don’t have to own everything and only keep things at home that they use on a daily basis.

“As a borrower, you shake the lender’s hand, look them in the eye and feel responsible for looking after their item and returning it in a good condition.”

‘We think that this appeals to millennials who are much more environmentally aware than older generations, and see over-consumption as a cause of environmental damage. And younger people known as Generation Z will be even more concerned – they are often surprised that an online platform like Fat Llama hasn’t existed for much longer.’

The business is expanding into US cities, having launched in New York in April 2018 – confident that they had sorted out the technology in the UK. The US is much more open to peer-to-peer platforms, and the website’s listings of possessions to rent out has grown much faster than it did in the UK. The company plans further US launches in other cities such as Los Angeles and San Francisco.

The three co-founders learnt much about running an online business at Y Combinator, a start-up boot camp based in Silicon Valley whose successes have included Dropbox, Airbnb and Reddit. Entrepreneurs spend three intensive months working with some of the best mentors in the world to get their companies into the best possible shape and refine their pitches to investors.

Fat Llama has since raised USD 13.2 million from investors, including Y Combinator and Greylock, a West Coast venture capital firm which backed Airbnb. Other investors include Atomico, which is run by Niklas Zennström who co-founded Skype, and Blossom Capital, a London-based VC firm.

‘Raising this money at the end of our first 13 months puts a sizeable valuation on the company, and is a sign of our success. Our customers are 50 per cent people who would have rented an item in any case, and the other 50 per cent are people renting items that they would have bought from Amazon, eBay or other online retailers.

‘But within the next ten years, we foresee that the Internet of Things will be showing us almost everything we own online. We anticipate that we will become a platform that connects all these items online, allowing people to borrow them unless the owners need them. And that will ultimately reduce consumption, to the joy of Generation Z.’