On the ground in over 80 countries – neutral, impartial and independent

“Hundreds of thousands of people give the ICRC their data every year: protecting it from hacking threats or government access is essential.”

The organisation that became the ICRC was founded in Geneva over 150 years ago and has grown into a global organisation that is constantly expanding its activities while remaining true to the Swiss values that inspired it.

After Henri Dunant, a Geneva businessman, had seen the devastation of the Battle of Solferino in Italy, he published a book calling for improved care for wounded soldiers in wartime. So an International Committee for Relief to the Wounded was convened in 1863, and it persuaded governments to adopt the first Geneva Convention, which obliged armies to care for wounded soldiers, whichever side they were on. It also introduced an emblem for the medical services: a red cross on a white background. 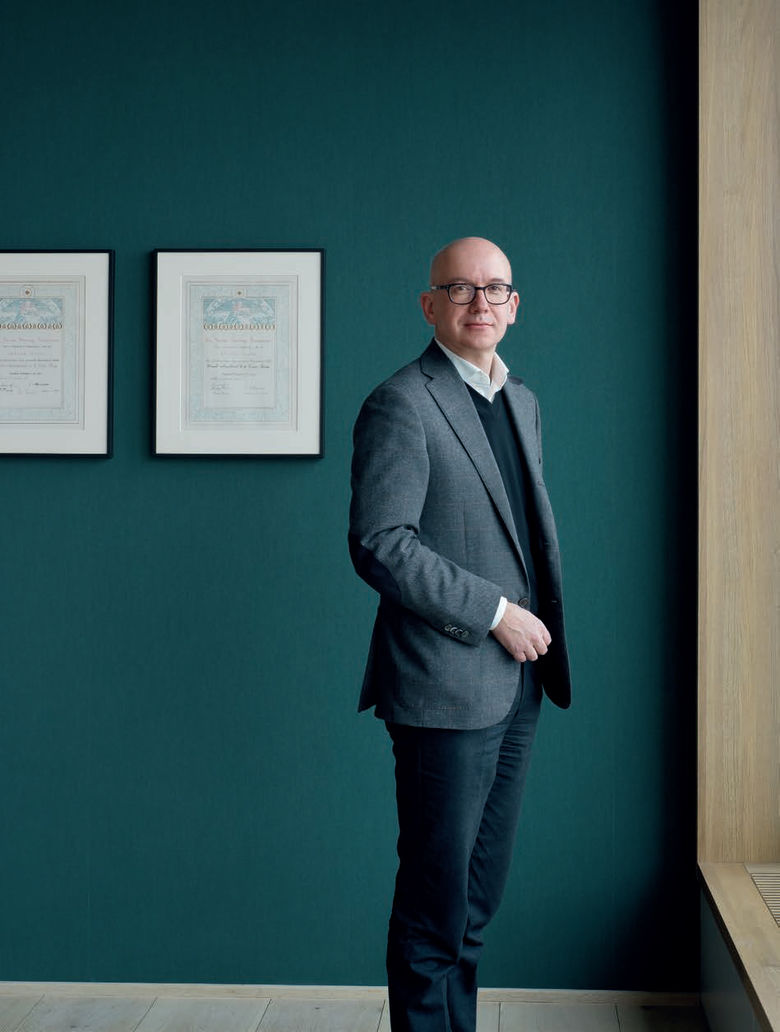 Yves Daccord, Director General of the ICRC In 1876 the Committee renamed itself the International Committee of the Red Cross. It gradually became more involved in field operations as a neutral intermediary between belligerents, and the Geneva Convention was adapted to include warfare at sea.

National Societies were formed in nearly every European country, and in 1876 the Committee renamed itself the International Committee of the Red Cross. It gradually became more involved in field operations as a neutral intermediary between belligerents, and the Geneva Convention was adapted to include warfare at sea. During the First World War, it opened the Central Prisoners of War Agency in Geneva to restore links between captured soldiers and their families.

Members of National Societies ran ambulance services on battlefields and cared for the wounded in hospitals. And conflicts during the 1920s and 1930s kept the ICRC active as an intermediary, increasingly outside Europe and in civil wars. A new Geneva Convention was adopted in 1929 to give greater protection for prisoners of war, but there was no agreement on laws to protect civilians before the atrocities of the Second World War.

Nonetheless, the ICRC hugely expanded its work during the war. And in 1949 it persuaded states to revise the existing three Geneva Conventions and to add a fourth protecting civilians living under enemy control. In 1977, two Protocols were adopted, covering the conduct of hostilities in international armed conflicts and internal ones.

“When the ICRC was born in the 19th century, it was located in Switzerland because it is a neutral country and had no colonies.”

Today, the ICRC has more than 17,000 multinational staff helping people in over 80 countries such as Syria, Yemen, Iraq, Libya, Mali, Myanmar, Afghanistan, Somalia, South Sudan, Democratic Republic of Congo, and Ukraine. Its budget of CHF2 billion is funded by voluntary donations, with contributions from governments, National Red Cross and Red Crescent Societies, supranational organisations, and public and private sources. Governments contribute about three-quarters of the total, of which more than 93.5 per cent is used for work in the field.

‘The ICRC has remained a Swiss organisation since its foundation’, says Yves Daccord, its Director General, who, like all his predecessors, is a Swiss national. ‘One reason for this was that when the ICRC was born in the 19th century, it was located in Switzerland because it is a neutral country and its founders were Swiss citizens. In its previous history, Switzerland had been involved in wars and exported mercenaries to other countries, so it still had experience of war. This was an interesting blend of neutrality, absence of colonies and some understanding of war.

‘Switzerland has been a vivid example of neutrality,’ he says. ‘It was able to navigate through two world wars as a neutral country. Our base in Geneva has highlighted our Swiss neutrality, and is also the place where the Geneva Conventions are held. And there are elements of the Swiss culture reflected by the ICRC: excellence, social control, confidentiality and working together.’ 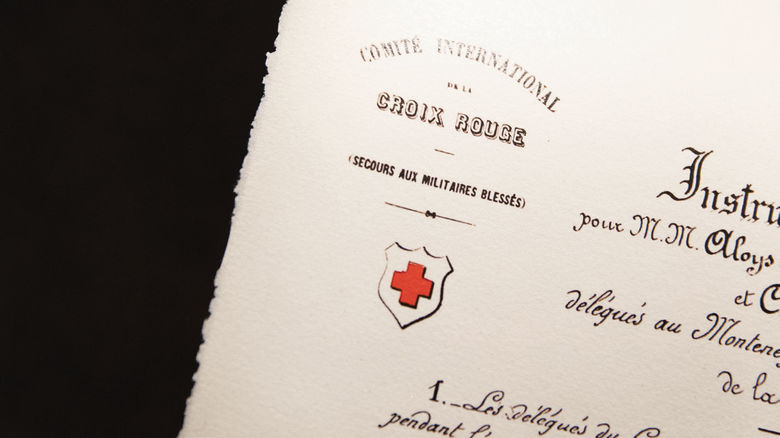 The ICRC still responds quickly and efficiently to help people affected by armed conflicts, and to promote compliance with international humanitarian law, but its work has become much more complex. It now addresses sexual violence, helping victims and trying to prevent it. Treating and caring for the wounded and sick in armed conflict and other situations of violence has expanded to cover more general health needs such as clean water, sanitation and mental illness. And humanitarian protection and assistance now covers migrants, refugees and asylum seekers.

The ICRC has no police or justice powers to enforce humanitarian laws, Yves Daccord adds, so the organisation can only influence people by engaging with them. ‘In Afghanistan, for example, we sit down with the Afghan government, the Taliban, special forces and international forces and try to find convergence on humanitarian issues. The people we talk to control their people and territory, and they need to think about their needs – even if they don’t like to talk about it. We can discuss with them what will happen tomorrow to their troops, their people and their families and then expand the dialogue to wider issues.

‘We must also engage with all sides of a conflict to show that we are impartial, because they are all watching what we do to check that we are. We have no powers to impose justice, which would in any case be difficult for a humanitarian organisation. But we must try to exert influence in the best way possible and use our weakness as a strength. We never take bodyguards to meetings, for example – we turn up just as we are.’

“And new threats are emerging all the time. One is the connection between new technology, artificial intelligence and nano-techniques. We will soon have tiny weapons the size of a mobile phone that will be able to fly without remote control – unlike drones.”

The ICRC has a 100 per cent coverage of nations and states: they all recognise its independent role and the importance of the Geneva Conventions, even though not every nation respects them. ‘Although we are living at a time of high levels of instability and violence, all countries recognise the Conventions. But in a fragmented world, access can still be a problem in countries such as Syria and the Democratic Republic of Congo, where there are so many armed groups operating, each requiring humanitarian diplomacy to support our mission.’

And new threats are emerging all the time, says Yves Daccord. ‘One is the connection between new technology, artificial intelligence and nano-techniques. We will soon have tiny weapons the size of a mobile phone that will be able to fly without remote control – unlike drones. They will have the intelligence to implement the missions they are charged with, which could involve identifying people and selecting some of them to attack.’

These types of weapons will be available in five to seven years, he adds, and they won’t be very expensive. So they will be accessible to armed groups who could send thousands into cities, for example. Another new technology threat is the ability of phones, watches and other gadgets to eavesdrop on people and collect data about them. 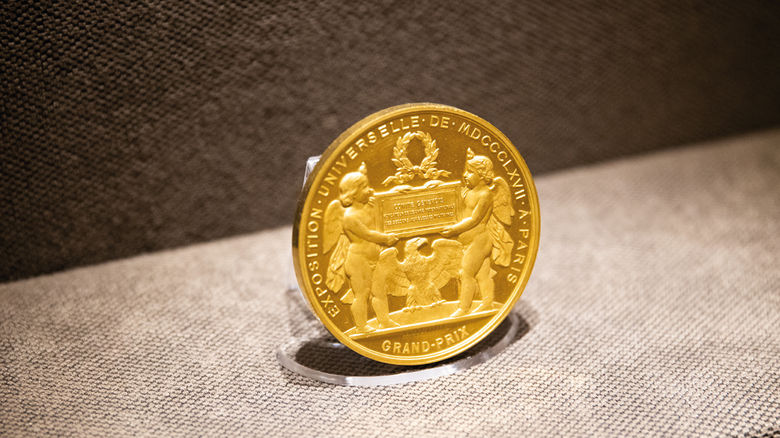 ‘I see this in my work already: when talking to leaders of groups involved with armed conflicts, they don’t trust me anymore. It’s not because they don’t trust me as a person; they aren’t sure I’m not bringing with me other people listening in or tracking where we are on my phone or watch. Before meetings with armed groups, they will search me before reaching the venue and strip me of any electronic device.’

Also more and more significant is the growing importance of data protection. Hundreds of thousands of people give the ICRC their data every year: protecting it from hacking threats or government access is essential, he says.

‘Last, there is the question of algorithms, which we don’t always understand. It took me some time working in a humanitarian organisation to understand that algorithms aren’t neutral: you can choose the algorithms for your mission, and we are working with academic partners here in Switzerland to rebuild our own algorithms. For example, we trace missing people by using their faces, but we have to be smart to do it without causing harm.’

New technology will of course bring very positive benefits, he says. But with weapons, war, violence and controlling people, any unintentional consequences can be matters of life and death. ‘My main strategic objective is to be smart, principled, people centred and not naïve when dealing with such technological issues. These are new challenges facing the ICRC, and they are already happening today. 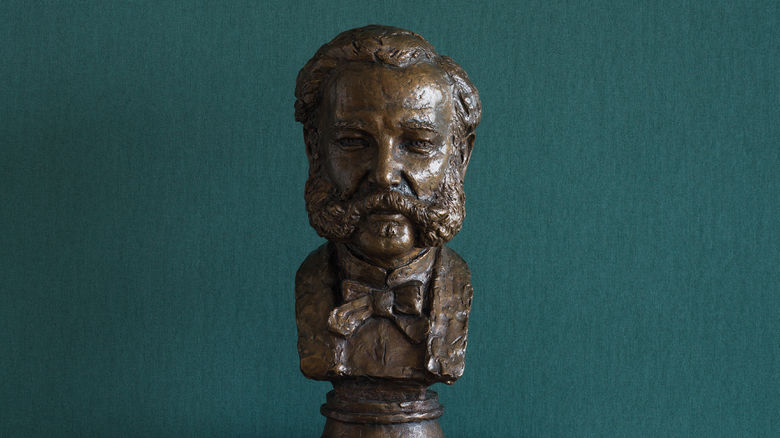 Henri Dunant Founder of the International Committee of the Red Cross